I was privileged today to read a eulogy that appeared in the NY Times, a sibling writing about her famous and influential brother, Steve Jobs.
The piece reminded me how precious life is, and death too. You know this very well if you have gently paced a relative in the process of dying. This is what we do with our elderly parents in aged care facilities, but also sometimes with someone younger, like Jobs was. […] 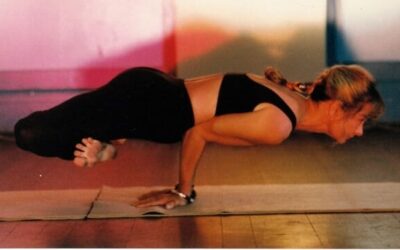 Stories to Inspire Your Inner Guru

One reason we are drawn to and want to commit to yoga, I believe, is that we find the practitioners of this age-old art are inspiring to us.
In the yoga retreats I led outside of Sydney I’d reserve a time for the individuals participating in the weekend to introduce themselves to the group by telling who they were, what they did for a living and what their yoga experience was. There was a discernable difference between the veteran practitioners and those who were relative beginners in terms of their well-being and centeredness. […] 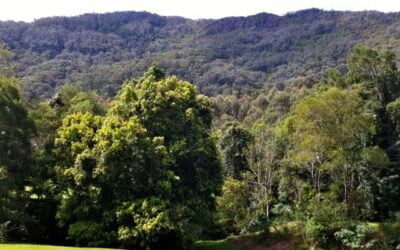 How to Put on a Yoga Retreat: Part Three

Be prepared!
In leading a retreat, a yoga teacher has duty of care for any number of people. Most retreats will proceed from beginning to end with no hiccoughs, but you still, as the leader, need to be mentally and physically prepared for different situations.
On one retreat I ran, a participant became gravely ill and I had to arrange for her to be driven home in the middle of the event. […] 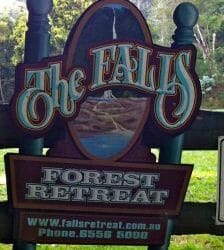 How to Put on a Yoga Retreat: Part One

Falls Forest Retreat
So, you think you want to give a yoga retreat?
Putting on a retreat is a matter of having all the right ingredients and then just following the recipe.
The first crucial stage is having a vision – the intention for what you want to accomplish. This can be as simple as wanting to get students together in a natural setting to deepen their experience of yoga.
My intention for holding the recent retreat at Falls Forest was to support Dr. Mary White in showcasing her stunning property at Johns River, New South Wales. […] 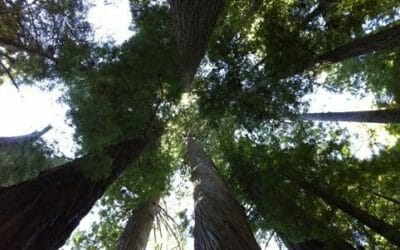 Once the aircraft’s doors have been armed, and the plane has lifted off the tarmac, wing flaps up, I enter a no-time zone. This works better for me than trying to figure out time zone changes and strategise how to wrest the most sleep out of the worst sleeping conditions possible. We’re now about an hour out of Aukland, and it’s 2:15 am in Sydney. I’ve had about 2.5 hours sleep on a 10 hour flight, in fits and starts. Disturbed sleep seems like a perfect scenario for practicing pranayama and meditation. […] 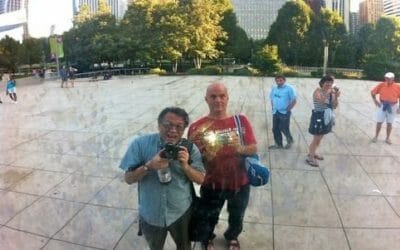 The Hindu concept of “Seva” can be deemed an expression of yoga practice; it might be defined as spiritual action born out of compassion to serve others.
I’m keenly aware of the kind service and accommodation our various hosts have given to Daniel and me in our travels around the U.S. […] 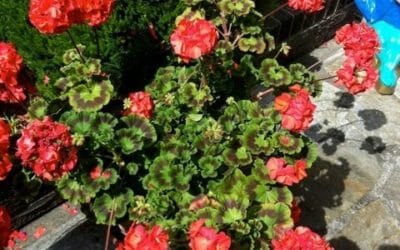 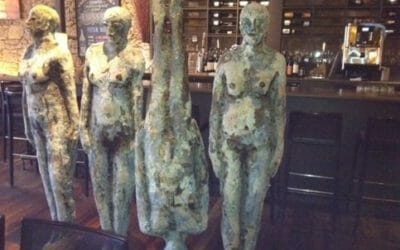 The yoga community is far-flung and varied. I’m in no way a purist so, to me, variety is good – healthy even.
I attended a yoga class the other day in Napa, California, which was located in an unusual position, that is, above an eating and wine tasting establishment. […] 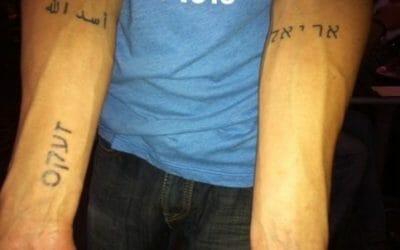 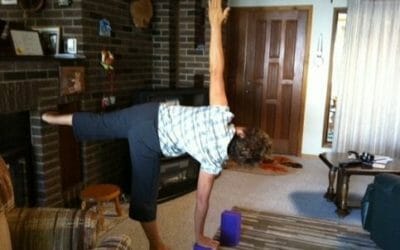 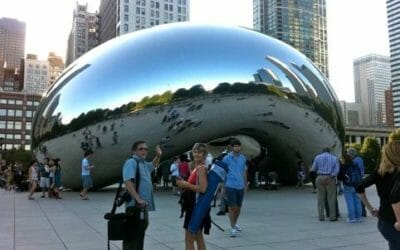 An ex-pat Filipino friend who has lived in Chicago for many years took us to see his favourite thing:

A sculpture by Anish Kapoor, “Cloud Gate”, is made up of 168 highly polished steel plates with no visible seams. It weighs 110 tons; think gi-nor-mous. The sculpture is situated in Chicago’s beautiful Millenium Park.
More important than any of its vital statistics is the way the public is drawn to this shiny feature, like latter-day Narcissuses trying to discover themselves in warped reflections. […]

This weekend I’ve enjoyed the privilege and delight of practicing yoga with friends and students.
Visitors from Sydney, Carol, Martin and Peter joined Mitchells Island local, Maggie, Daniel and me for a yoga session on Sat. morning. There’s such a lovely feeling of conviviality and camaraderie when kindred spirits practice yoga together. We form a temporary community, “fill our boots” (as Judy says), and then go our ways, happier for the experience.
I also like the experience of practicing alone. […] 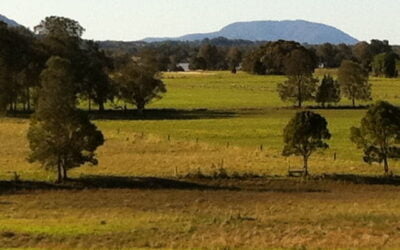 When I worked through the week in the city, I had the weekend for “home work”. You know what I mean – doing wash loads, gardening, grocery shopping, catching up on correspondence, cleaning. Maybe there was a little time left over for sparking friendships that may have needed rekindling, or being a culture vulture. […]

The Exciting Life of a Yoga Teacher on an Island

When we first bought our rural property, mid-north coast was in drought. Typically for Australia, that went on for a few years. Then, about the same time our builders broke ground for building our home, the drought broke too. How many “rain days” were there? Too many, but I still felt wistful enough about The Wet that I could still enjoy it.
La Nina settled in cozily for the long haul and at times she’s been a veritable pussy cat of a weather pattern. But not this week. […]

Yoga equals union. Everyone who knows a little about yoga knows that is how yoga is defined.
Is there any relationship between yoga (union) and one’s sense of belonging? I think so.
I had a big epiphany a few months ago and the spin-off from it was that I felt like I belonged with people.
This may sound funny but prior to the Epiphany, I always felt like I was trying to belong. I’d done it for so long that I’d accepted trying as normal. […]

I don’t really like flying; actually I don’t much like traveling. I love the new places and the new experiences once I get there, but I’m a hundred percent behind teleportation. This is coming from someone who has done the Pacific Ocean crossing from Australia to the U.S. maybe 20 times.
From someone who served with Trans World Airlines for three years as a flight attendant, with working trips to places like Reykevik, Vladavostok, Ryadh.
This time it’s only a little hop to Adelaide for the Deep Creek Women’s annual reunion, the eleventh of such gatherings. […] 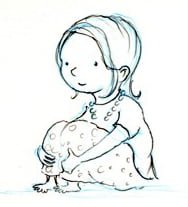 Back when I was a girl – 27 yrs. old – I was lucky to find a yoga class of any kind. Yoga was a very fringe happening in those days of hootenannies and the Beatles’ magical tour with Maharishi Mahesh Yogi.
These days we can find a yoga program for every season and reason – one of the most popular niches being yoga for children.
At a recent yoga conference I attended, a panelist whose topic was “Yoga of the Future” brought out a group of kids to do a demonstration of their poses for us. […] 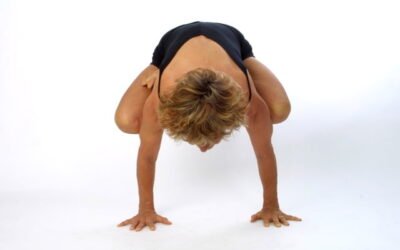 Doing yoga practice is one of the most beautiful activities I do. […] 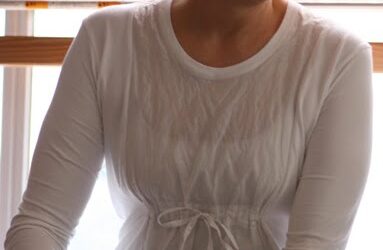 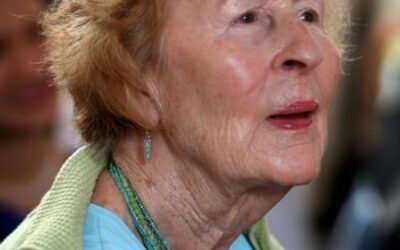 This weekend I have a Sydney visitor, Lesley, staying with us. She and I go way back to the mid-nineties days of Sydney Yoga Centre. I learned something about living in community from seeing how Lesley enjoyed being part of a communal household with Sue Biggs and Alan Lovell. I taught all of them, plus a few others, at their home for several years. […]