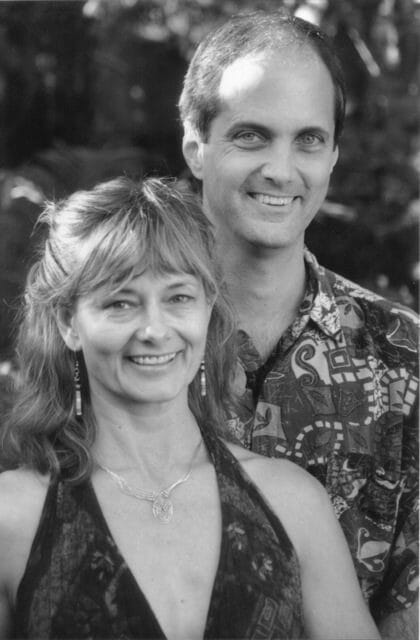 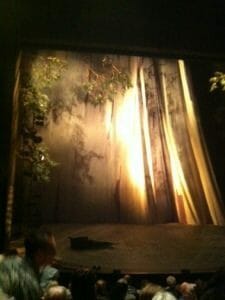 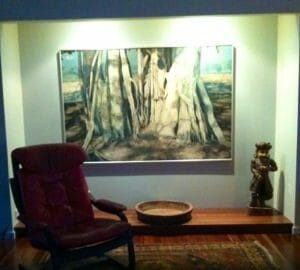 I’ve been on the road (and away from my Patanjali studies) for a a week now. It’ll be another week before I settle back into my routine – i.e. early morning practice. I’ve done a little asana practice along the way, in the bedrooms and living rooms where we’ve stayed. Not quite the same, though, as my friendly green tin shed at home.
However, I’ve had the delightful experience of re-uniting with old yoga students from 25 years ago who now live in the Kalang Valley (Helen’s painting is below). […]

Northern hemisphere peoples eat your heart out. Here on the Eastern seaboard of New South Wales, it’s the height of summer; and my present location – Bellingen – is especially in full bloom.
The produce shops are overflowing with stone fruit, grapes, melons, berries and sweet corn.
Streets are arrayed with bowers of crepe myrtles, hydrangeas, frangipanis, bougainvillea, grevilea, hibiscus.
People are drawn to pack up a picnic blanket and a few provisions and head for a park after work; or take a swimming costume and beach towel, and set out for the sea. […] 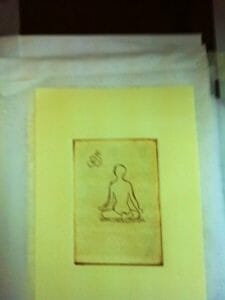 Do You Compete in Yoga?

I think I’m getting there finally, gradually – that is, being non-competive, in my yoga and in my teaching.
It’s taken a few knocks on my head along the way: years of dealing with osteoarthritis and a couple of rounds of major surgery. […] 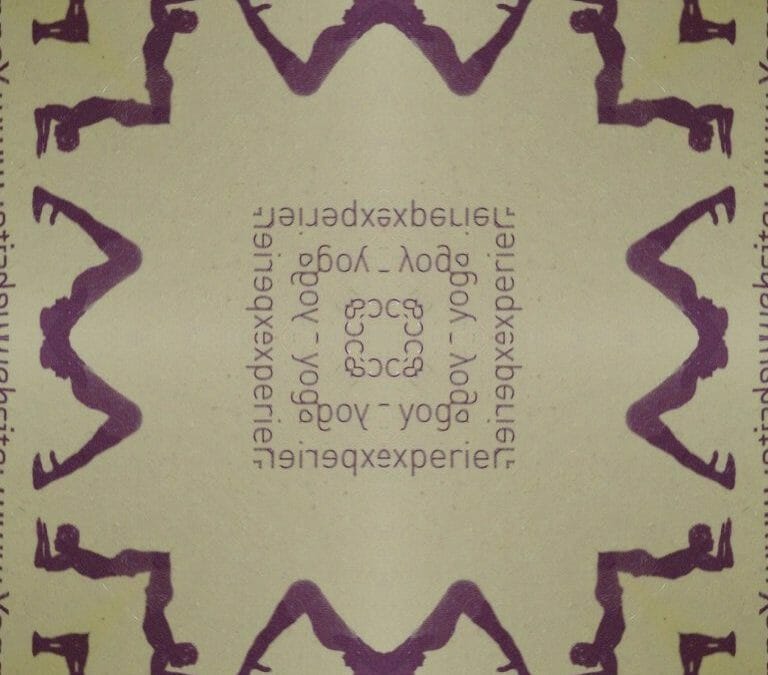 I’m sorry to say that last year I made myself miserable as I participated in a weeklong printmaking in Bellingen.
Of course I didn’t realise I was making myself unhappy. I believed it was circumstantial – meaning i thought it was the fault of someone or something else that my work wasn’t as good as others’.
This year I’m enrolled in the same course, same teacher, same place, but I decided I needed an attitude change. […]

A Very Wise Country! (and, a Patanjali pause)

Australia as a country presents as laid-back, the home of a ‘no worries’ culture, and at no time more so than December-January.
It used to be the case that the whole place closed down from the time the kids got out of school (mid-Dec.) until they went back (early Feb.). […]