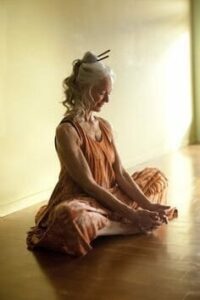 It seems to me that what distinguishes a young person from an old one is a cavalier approach to illness. I’ve been guilty of this myself. While still in my forties, I was diagnosed with hip osteoarthritis. I knew that it wasn’t possible to make the arthritic condition go away except by having replacement surgery. But at 47 years, I figured I wasn’t old enough, so I toughed it out for 18 years before succumbing to the surgeon’s knife. Two hips at the same time. Now I have these young (artificial) hips and no more arthritis.

Along the way, I was diagnosed with a pre-cancerous condition that necessitated a total hysterectomy and oophorectomy. Since I was already post menopausal, it didn’t seem like such a big deal. Only the loss of womb, ovaries and cervix. This operation, too, has been successful.

Yet in my early sixties, I still felt indomitable.

Over the years, some of my teeth fell out and needed to be replaced by implants. Five of them now, not to mention several bridges and crowns. I just took it all in stride and joked about the cost. The equivalent of a deposit on a rural property.

The thing I didn’t see coming, no pun intended, was my eyes. Reading glasses, okay. Who loses out if you’re vain about wearing reading glasses? But then, there were cataracts to be dealt with. Everyone says lens replacements are a new lease on eye life. But not mine. With my lenses, if the light catches me at a certain angle, I look alien-ish. A certain glinting that you might expect from a comics super hero.

Just now, I am at the effect of ptosis. In lay terms this condition is called sagging eyelids. It’s one of those many things I’m discovering that is caused by the march of time, the influence of gravity and normal aging.

Another eye thing that has crushed my cavalier approach to health and well-being is called: strabismus. Or esotropia. This is when one eye looks directly at an object, while the other is cross-eyed inward. My optometrist tells me It’s just a bit of laziness of the part of my right eye muscles, caused by, you guessed it aging.

These are all things my mother never warned me about. And, sadly hers was a generation that missed technological and medical advancements that now give us years more longevity. She died way too early–53.

What to Make of It

The way I see it, in many ways, I am affected by the march of time. But the yoga and meditation practices I do mean I have learned a way of being with whatever arises. Not fighting and not succumbing.

The energy I might have invested in trying to vanquish ageing is better spent on making the most of these years. For me, that is learning new things and deepening the knowledge and skills I have. Most of all I’m looking out for sharing yoga and its benefits. And there are so many, and so many people still who have not discovered its lovely advantages.

So, here at the beginning of 2018, I’ve already co-taught a week-long early morning ‘immersion’ in yoga and meditation to 14 or so students. I’m excited by the prospect of all the yoga teaching I will do this year.

I hope to see you in classes, workshops, the Ekam April retreat, and maybe even in yoga teacher training.