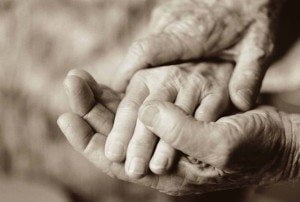 What kind of person would enrol for a course called, ‘Midwifeing Death’*?
As it turns out, I am that sort of person.
Not only did I not hesitate to sign up for the course, but I did so without fully comprehending what it might involve.
I do know that death and dying are happening all around us every moment of every day, but as I live my busy life, I scarcely notice. Also, maybe like you, do I really want to know about the ‘d’ word?
I’ve decided I do want to know.
Since enrolling, I’ve discovered that what I’m up for is an on-line course designed and led by Dr. Michael Barbato. He was a palliative care physician in Australia for nearly 25 years and has developed this course to train people in being carers for people in their last stage of life. For the next year, I’ll be reading books, journals and internet links to learn more about how to be a healing presence for a dying person.
Dr. Barbato calls someone who can be available in this way – guiding, supporting and advocating for – a ‘death doula’. Another not-so-in-your-face term he uses is amicus – a friend to the dying.
Fifteen years ago I had the opportunity to be such a friend to my dying sister, Sue. I would say that I did a great job as I was completely untrained in how to be with someone’s death process. I considered what she was going through as a profound experience for her and for me. Still, I was at best a gifted amateur, and there was much I didn’t know or understand about the journey she was on.
I live in a household of six adults all in their sixties or seventies. I figure the more prepared I am for the limitations that come with ageing and for the end stage of life, the better amicus I’m likely to be.
Palliative care has changed over the years in the direction of giving ‘whole person care’. Rather than working towards a medical cure, care givers are geared toward being rather than doing. Being authentic, aware, and responsive are all qualities an amicus cultivates.
In a way, it seems antithetical, the idea of getting trained ‘to be’. But the truth is that, like yoga training, most people have to work at developing presence. Through yoga, I’ve been working at letting go of my petty ego. However, learning to surrender, being humble and mindful are not in any way forgone conclusions. They are still part of my daily practice.
Two incidents happened this week that confirmed my decision to commit to the course.
One was the hospitalisation of a friend who has advanced Alzheimer’s and suffered a stroke two days ago. The other incident was the death of a 110 year old woman, Alice Herz-Sommer. I had never heard of Alice before but her story has touched me deeply.
Here’s a video interview you might like to watch so you can meet Alice in her last years. She’s someone who wrested the most out of every moment of life and died at peace.
[youtube id = 8oxO3M6rAPw]
*Midwifeing Death is also the title of the book by Michael Barbato.