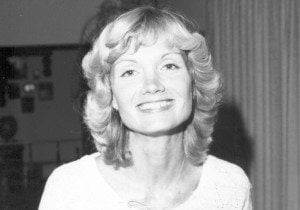 Is it being too attached to still think about the departed, even after fifteen years?
My sister’s birthday has just past. She herself passed at the age of 51. I’m well on the other side of that age so I think of it as being young – too young to die.
Sue was her name. I miss her still. When we were together, which was not often as she lived in the States, I would teach her yoga. She was very open-minded and even tried to do some yoga practice when I stayed with her in her dying months.
I miss her physical presence; she was a beauty, an unselfconscious one, a natural one. I miss her wry humour and the sound of her voice.
I wonder if people realise how precious it is to have someone on the planet who shares their gene pool so completely, as well as so many childhood experiences.
I love Sue’s children for themselves – each one an individual – but also because they express different aspects of their mother. Especially the quality of being able to love deeply.
It’s hard to let go of dear ones, but I’m not sure why we should.
Hetu phala asraya alambanaih sangrhitatvat esam abhave tad abhavah
Impressions and desires are bound together by their dependence upon cause and effect. In the absence of the latter, the former too ceases to function.*
*Light on the Yoga Sutras of Patanjali, translation and commentary by B.K.S. Iyengar.