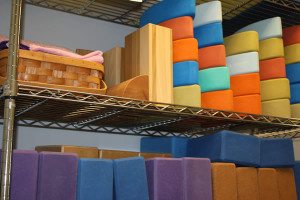 If you know me as a teacher, you probably also know that I am the Prop Queen. It would be a rare class where I taught without the students using props. I find they are beneficial for beginners to advanced students for a variety of reasons, and they work great for me in my personal practice.
I wasn’t always like this. I learned hatha yoga originally like a lot of people do in a community hall with a hard wooden floor, well before the advent of non-skid mats. Long before yoga was an industry that included buying designer exercise clothes and even yoga props.
I had an Oki Yoga period which was also unpropped – a method that fused western trust exercises, Japanese martial arts, and yoga. It’s a tough system that may view props as crutches. Oh, Satyananda yoga featured in there, too – again with no props. Did we even use mats?
In the early 80’s, I learned Iyengar yoga from an old master of props who himself had learned from the Old Master in India, who is sometimes called the Furniture Yogi. 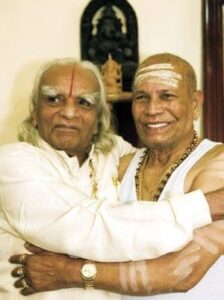 T.K.V. Desikachar’s and Pattabhi Jois’ yoga styles were again pretty much propless phases for me. Both sorts of yoga were relatively brief infatuations in the grand scheme. I was happy to discover that two exceptional yoga teachers, Judith Lasater and Donna Farhi, used props to good effect in their workshops; they have enrolled a whole younger generation in employing props.
Some teachers and students are unfamiliar with what props are and how to use them. So, I decided it would be a good thing to create some yoga videos, short tutorials  on the most helpful yoga poses, where the use of props enhances their benefits. Here’s the link to them on YogaAnywhere’s website. Love to know what you think.