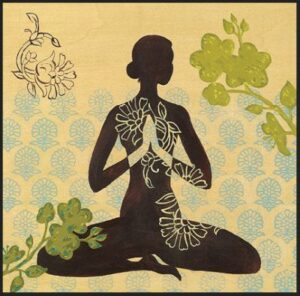 In 1979, the incomparable violinist, Isaac Stern, travelled to China to give concerts and master classes. The Academy Award-winning film – From Mao to Mozart – is based on Stern’s experience of performing and teaching in China.
For Stern the biggest disappointment of the his visit to China was that the musicians, while technically adept, played mechanically and without feeling. He pressed them to play with more passion and to feel the emotion of the music, as he did.
The Chinese musicians had been educated during the oppressive years of the Cultural Revolution when to play western music was forbidden and they could be incarcerated for teaching it. So it’s understandable that there would have to be as much unlearning as learning to create the kind of music Stern was known for.
Anyone who is in the novice stage does have to go through learning the scales and practising them, sometimes for many years, and that includes beginning yoga students.
B.K.S. Iyengar describes the process of maturing in one’s yoga practice as moving from a rote and simply physical performance of asanas to a deep connection with one’s intelligence. He says in Light on the Yoga Sutras of Patanjali, “the body is the bow, the asana is the arrow, and the target is the soul.” When this stage is reached, the practitioner, “having lost the consciousness of the asana and his body, is one with himself….the state of asmita” – a profoundly spiritual state.
I can’t say for myself that my arrow hits the mark with great regularity. What’s important is that I keep my goal and my intention clearly kept in sight.

At first the stilling process is accompanied by four kinds of cognition: analytical thinking, insight, bliss, and feeling like a self.*
*The Yoga Sutra of Patanjali, translation and commentary by Chip Hartranft