What Style of Yoga Do You Teach? 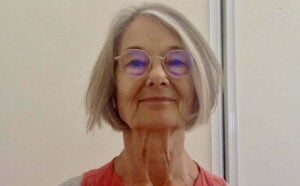 The big question: what style?

I co-lead a 5-day ‘Intensive’ program in early January. This event is an annual affair which has been well-received over a ten-year period and gives me great joy to teach. It’s popular. We’ve begun to attract people from Sydney and areas other than the Manning Valley. So, I wasn’t surprised when a yoga student whom I didn’t know contacted me and asked what style of yoga I teach, as she was considering joining the course.

I was hard-pressed to explain my ‘style’. Back in the late 70’s when I was studying to be a yoga teacher, I don’t recall that we talked about styles. There were the big names in yoga: B.K.S. Iyengar, Swami Satyananda Saraswati, Masahiro Oki, T.K.V. Desikachar, Krishnamacharya, Patabhi Jois, Vanda Scaravelli and Indra Devi. But, they weren’t branding themselves to the extent that happens now.

A big early influence on yoga was B.K.S. Iyengar. He was Martyn Jackson’s teacher, who was my first teacher trainer. I was sort of under the sway of that method for a decade until I began to experience Iyengar yoga as too harsh for me. I probably still teach some of the details of poses a la Iyengar, but my current instructions would not likely be condoned by a certified Iyengar instructor. And that’s fine.

By 1990 when I resigned from the Iyengar Association, I was free to explore aspects of yoga that had seemed closed off to me when I was tied to The Method. For instance, I was curious about Ayruveda, the sister discipline to yoga and read the books of David Frawley and Robert Svoboda. Then, in order to learn more, I booked into some sessions with Ayuveda/yoga practitioner, Dr. Shaun Matthews.

Up until this time, I hadn’t much studied with women teachers, which was rather odd when most yoga students happen to be women. I discovered American yoginis, Judith Hanson Lasater and Donna Farhi, and, in their teaching, an approach to yoga which was more person-oriented than pose-oriented. At a time when I especially wanted nurturing because I’d been diagnosed with osteoarthritis, it was time to be kinder to myself.

Yoga is meant to be a whole person discipline–a practice which supports one’s development on all the levels on which a human exists: physical, energetic, emotional, mental, communal. I began to look outside the sphere of yoga for ‘missing pieces’. I did workshops called ‘Love, Intimacy and Sexuality’ which certainly helped me understand more about those subjects. In 1995, I did a year training in holistic counselling. Then five years later, I did a teacher training through Nature Care College which included modalities on pranayama, Ayurveda, philosophy, anatomy and physiology, and even one called ‘Esoteric Yoga Physiology’.

The style of the Nature Care training was dubbed hatha yoga, which name is a very big umbrella, open to wide interpretation. It’s a label that seems to satisfy some students who want to understand the orientation of the teacher.

Ever helpful, Wikipedia has an informative page that could help someone new to yoga discover what hatha yoga is:

In the 20th century, a development of haṭha yoga, focusing particularly on asanas (the physical postures), became popular throughout the world as a form of physical exercise. This modern form of yoga is now widely known simply as “yoga”.

Recent influences on me and collaborations that have contributed to my ‘style’ come via Alexa Nehter and her enthusiasm for ‘Anatomy Trains’, Rachel Zinman and her lovely embrace of mudras, and Ana Davis and her emphasis on ‘Feminine Yoga’. Maria Kirsten has been a big influence on me, even with her death this year, through her illuminating approach called ‘Yoga for Grownups’. In past years, I got so much from American yoga teacher, Donald Moyer (R.I.P. 2019), through his beautiful book, Awakening the Inner Body.

Ultimately what will give a yoga teacher her style or maybe more accurately her voice is life experience. I learned huge lessons from having had osteoarthritis for nearly two decades, before getting total hip replacements. For years, I’ve been in the classroom of life that teaches the practice of compassion, nurturing and authenticity. Now, ageing is teaching me new lessons that embrace those same concepts.

Audacious as it may sound to your ears, dear reader, I can only say I teach Eve Yoga.

Do you teach a style? Love to hear about yours.

Note: My intrepid husband, Daniel, has pointed out that herein I have not explained what my kind of yoga is. Point taken. Perhaps that will be saved for another post on another day….