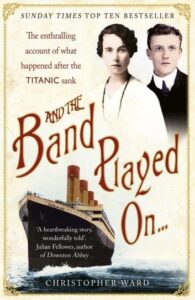 Bad news abounds. I have a NASA Earth Now App which flashes me the latest global events.

Today and for many days, ‘Wildfire Smoke Streams Across the U.S.’ is the main headline. The west coast, northwestern and southwestern states are burning. To date, nearly 7 million acres are gone. At the same time, Hurricane Teddy is heading towards Maine and the eastern seaboard, while Hurricane Sally is lashing the Gulf Coast.

A part of me doesn’t want to know about these events, about the inexorable rise in the planet’s temperatures and sea levels. But I’m not alone. Individuals, communities and nations may be hoping for the best but not stepping up to meet the challenges. There are too many.

What do we do, for instance, as Antarctica, our southerly neighbour, heats up. The western peninsula, in particular, is considered a hot spot. Since the 50’s, it has warmed by more than 10 degrees Fahrenheit. This has had devastating effects on wildlife, the iconic Adelie penguins, for instance. National Geographic Magazine describes a strange, changed landscape that has become inhospitable to the penguins:

The western peninsula, often depicted on maps in white, is now so warm that tufts of the continent’s only native flowering plants, hair grass and yellow-flowered pearlwort, are spreading. So are invasive grasses and lichens. Green moss is growing three times as fast as it did in the past. Island peaks once cloaked in snow are now wet and melting, exposing mud or yawning crevasses.

Yet environmental concerns have taken a back seat to the coronavirus, this plague that has been stalking the planet all of this year. It has killed 961,373 worldwide, with the U.S. accounting for nearly 200,000 of these deaths. It’s heartbreaking that the world’s most vulnerable account for the majority of these deaths: aged populations, people of colour, the poverty stricken, those imprisoned and in refugee camps.

In the meantime, here on Mitchells Island, we look out on a green, unthreatened landscape. Every day in our little bubble of semi-retired bliss, I admire

Those of us of a certain age…seventies, eighties and so on…are frequenters of medical services.

I’ve learned that, no matter how hard we try to stay healthy, odds are we will eventually be brought low. I know this personally and intimately from my nineteen year journey, suffering from osteoarthritis, from age 47.

Now, I hear this bad news after submitting to a bone density test: I have osteoporosis. This disease can be described as the gradually thinning of bones. For some people, their bones become honeycomb-like, and this is life-threatening.

Fortunately, I am far off the severity of the advanced condition. My doctor has recommended a medication that