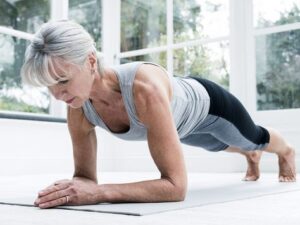 ‘You don’t get to keep everything you came into the world with.’

I came across this quote a while back and it clicked for me as I crossed the threshold into being a 70 year old. Maybe I saw it in the week that I had appointments to see my eye doctor, my physiotherapist and my orthopedist. Pick any week now and there’s likely to be at least one medico/therapist appointment in my calendar.

Whether you’re a young person or an older one like me, little by little your capabilities and your senses will begin to deteriorate. Count yourself ‘lucky’ if you’ve avoided life-threatening disease or if you’ve beaten back such an enemy. We are able to be more victorious over disease these days because of modern medicine. Many people live with a disease such as cancer or diabetes for many long years because of advances in drugs and therapies.

Still… we might as well get used to what is looming. Along with ageing, there will likely be surgeries, presbyopia, hearing losses, osteoarthritis, muscle wastage and more.

When you look in the mirror today, you could say to yourself, ‘Gawd, you are looking beautiful.’ You might as well admire today’s presentation because next week you will look slightly altered. As I did yesterday when I noticed my hair had ‘suddenly’ become greyer than I ever remembered. (If you can, avoid using the expression ‘for your age’. That will negate the little bit of self-love you generated when you complimented yourself.)

I came across a video recording of a yoga presentation I did as a 50 year old. I can see how cocky I was then. There was something of the superwoman in my demeanour. I was oblvious to the menopause heading my way and that was just around the corner. Not to mention a hysterectomy, double hip surgery and the general weakening of senses–all of them still in my future. Intellectually I knew I wasn’t immortal, but I still believed I was so on top of things.

It would seem that we would be better served with more preparation for and embracing of ageing, If we were really in touch with the fact that there are going to be losses, we could keep a lighter grip on our identities. We could avoid trying so hard to get back to who we remember ourselves to be.

This doesn’t mean becoming complacent about taking care ourselves or capitulating to being old before our time. Let us keep up our yoga practices, play bowls and tennis, do dance and barre classes. And at the same time being realistic and making peace with that beautiful person in the mirror.

We can take heart from this encouraging BBC article which states:

Growing old has been synonymous with bodily decay since ancient times. The Greeks had a particularly dire view – many saw ageing itself as a disease. Yet the latest scientific research suggests ageing isn’t a straightforward decline after all.  Life peaks later than you might think. There’s mounting evidence that old age brings happiness, intellect and even better sex.