Yoga for Fatigue: It Takes Courage to Rest 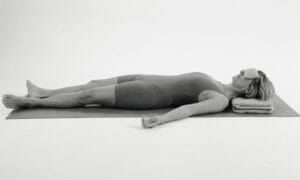 This weekend, I’ve had the most delicious time, hosting workshops and teaching yoga with Ana Davis. These workshops were for women, two of them on menstruation and one on menopause. The Taree library held a successful launch for Ana’s ‘Moving with the Moon’ book, as well.

My life has been full to the brim. To be honest, though, I’m feeling tired today, but satisfied, too. We women enjoyed such beautiful, heartfelt sharing of feminine energy.

Generally speaking, we humans don’t know how to deal with fatigue. Why is it that when we are weary, it’s difficult for us to stop and rest?

One reason is that life is often being fired at us point blank. For instance, at this very moment, we have a six-person television crew visiting. They are from Channel 7, filming our interesting lifestyle on Mitchells Island. Check out this link to read about the ‘Shedders’, as we are called, and how we do co-housing.

So, no rest for the wicked. When there’s an appointment to be kept or a deadline to meet, you just have to do the thing. The crew showed up and we’ve done our best to be interesting and informative.

You can always rest later. Well, later is just around to corner for me. I have a YogaAnywhere practice card sitting on my desk for when the film guys leave. 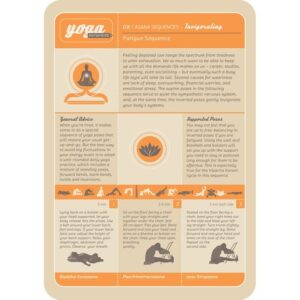 It’s a sequence that I designed a few years ago, called Yoga for Fatigue, which incorporates seated and lying poses, plus some inversions.

Judith Lasater, author of Relax and Renew, says that it takes courage to rest and relax. It’s means you go oppose the protestant work ethic. But you are complying with the practical Buddhist idea: