Take Care: Time to Put on the Brakes? 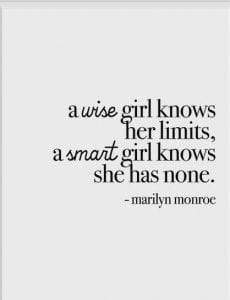 If you are a person who likes to keep moving, physically and mentally, you know what a nuisance it is when an injury trips you up.

I’m one of those on-the-move people. If you assessed me according to Ayurveda criteria, I would come up as a Vata type.

So, when I woke up on Wednesday morning this week with an extremely sore shoulder, I was annoyed. I knew I should put the brakes on.

Did I want to and did I? Of course not! First I tried to figure out what I might have done to create such a painful shoulder. I went over the previous day’s activities and the day before, too. It was very mysterious, as I couldn’t think of anything I’d done out of the ordinary.

I had three major appointments planned for this day. My Taree writers’ group, lunch with a student/friend and a visit to my palliative care patient. I could have passed on any of these activities just by picking up the phone. But I kept to my schedule. I didn’t even do it out of a sense of duty. I was looking forward to doing everything I’d planned, even though I going to be in some discomfort. Crazy, huh?

By the time I returned home in the late afternoon, I was exhausted. I’m not averse to taking a pain killer, even though I would do it rarely. One Neurofen tablet and the pain symptoms abated slightly.

I have a little pearl of wisdom that I pass on to yoga students who might have a tendency to push themselves. This is when I deem what they are doing in their yoga practice is downright unsafe:

How do we know where our limits are? By going over them.

I certainly had gone over my limits even though, in balance, I’d had a fulfilling day.

The really interesting thing about this whole episode was that my shoulder got better gradually, all by itself. To the point that two days later, I am pain-free.

Was this a test to see if I know when to put on the brakes? Whether I can follow my own advice and better judgment?