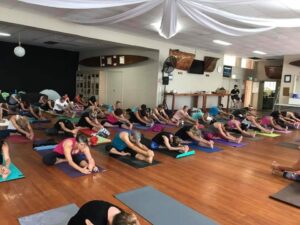 Pop Up Yoga is the sort of yoga that might turn up in your local park or at the beach, especially as the weather warms up in Australia.

I went to a pop up kind of event at Flynn’s Beach, Port Macquarie, this morning. It was partly organised by the Yoga Shala and partly by the Coastal Warriors. Seventy-five people attended and funds were raised for the Coastal Warriors. They are a dedicated group of volunteers who clean up the local waterways. The morning was a delicious blend of community coming together to do yoga and support a great cause, and enjoying breakfast afterwards.

In the early 90’s taught classes on the Bronte Beach observation deck from 7-8 am, weather permitting. Bronte Beach is a beautiful setting for doing yoga. What could be lovelier than finishing a yoga session in savasana with the lapping of surf in the background, gentle sunshine on your skin.

Closer to my home these days, I’ve appreciated Julie Spicer’s initiative, in the way she took her Wallabi Yoga to Old Bar Beach. She was still a relatively new teacher and set up a free yoga session at the beach on Monday nights. There was no controlling how many students rocked up. Not surprisingly, there was often a huge crowd. And that was the fun of it.

Pop Up Yoga is not serious yoga. It’s nigh impossible to control the weather and even harder to control attendances. However, this kind of yoga is all about enrolment. People have a good time. The yoga is enjoyable and there’s an opportunity to meet up with friends and kindred spirits, to do yoga as a family.

The epitome of Pop Up Yoga is shown in this Israeli YouTube video: 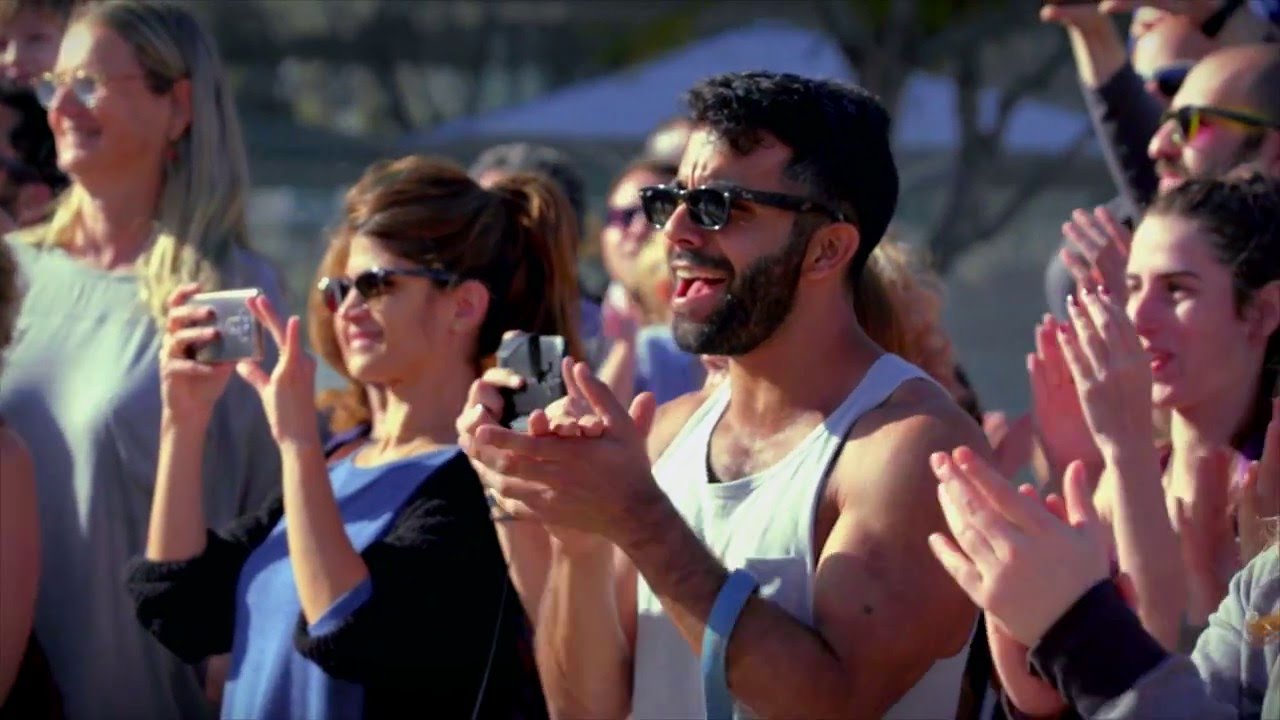 I’m thinking, maybe we need something like this at Manning Mall or Taree Central this next weekend. What do you think?

Do you have any Pop Up Yoga activities organised?