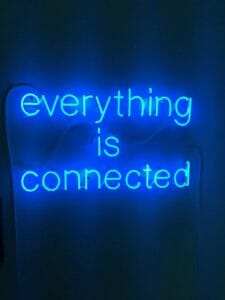 One thing I thought of earlier this year was getting local yoga teachers together for a once-a-month practice. The idea I had was that we teachers would come together with one individual leading a yoga practice, and that that person would nominate the venue. Well, it’s happened. So far, we’ve met three times with an average of six of us at each practice. It’s been a great success, not the least seeing each others’ yoga studios.

We meet early…7:30 am for an hour and a half practice and afterwards go out for breakfast. The number of years of teaching experience among us varies between almost nought to several decades. The newbies have a host of skilled and knowledgable teachers at their fingertips. And the oldies enjoy the enthusiasm and vitality of the newer teachers. At breakfast we can talk yoga as much as we like, bring up thorny questions and share news.

In Sanskrit, the word for community is sangha.

I had no idea when I did a 10-week beginners’ course in 1971 that yoga sangha was so extensive. I moved from the east coast of the United States to California and immediately found a yoga teacher. Then back to the east again–New York City–where I easily found a yoga class.

When I shifted to Sydney, I discovered Satyananda Yoga, Oki Yoga, and finally, Iyengar Yoga. Each of those groups were little communities in their own right. Some of the people I met from those various traditions are still in my life. I was especially close to yogis from the Bondi Junction studio of Martyn Jackson and the Balmain Studio run by Michael Hollingworth and Pixie Lillas.

In 1980 I became a yoga teacher. Later it became time for me to gather together my own community. It revolved around my school, Sydney Yoga Centre, located at first in the Haymarket, then in Crown Street, Surry Hills. Countless students passed through the SYC doors. Some of them got married, had babies, and returned when life settled down again. The keener students did yoga teacher training with Collyn, Mardi and me. Our teacher training graduates would sometimes go off and open up their own schools, in Western Sydney, Byron Bay and Darwin.

Simply Yoga in Crows Nest was the last Sydney community I created. Happily, the very capable John Norris took over Simply Yoga and has since expanded it.

I’ve described our new community of yoga teachers as ‘locals’. You have to get what this means in a rural area. Our network goes from the Manning Valley to the Great Lakes area on the midnorth coast. One of the teachers traveled an hour to come practice on Saturday. I’ve invited teachers from even further afield–Port Macquarie and Newcastle.

Any amount of traveling we do is worth it. I believe we are demonstrating the true meaning of yoga–union. Even though we teachers are from very different backgrounds and traditions, we are meeting in a spirit of respect and mutuality, and to learn from each other.

Isn’t this what the world needs now? 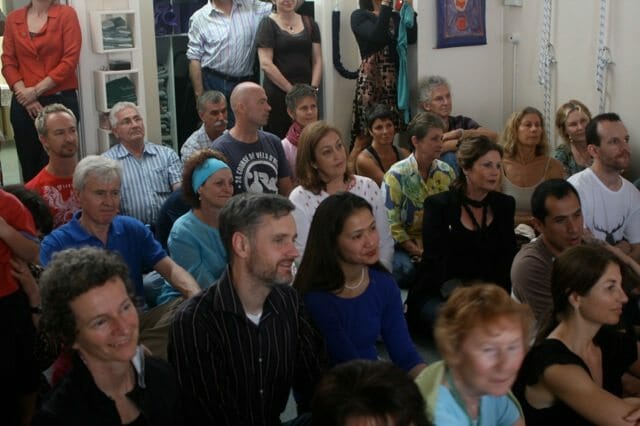 My farewell from Simply Yoga in November ’09