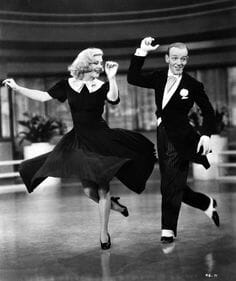 I’m a yogini, without much expertise in dancing. Nevertheless, I love music and dancing. I identify with a colleague of mine who says the reason that he does yoga is so that he can be flexible and strong for dancing.

Yesterday I participated in a dance class, one of a series of six that are being held at the Mitchells Island Hall. I had a ball – pun totally intended. Our instructor told us he’d been dancing for 57 years. He sprinkled anecdotes from his long years of teaching as he directed our group’s early attempts at waltz, cha-cha-cha, jive, barn dance and quick step.

I liked that I could relate to him as a fellow veteran teacher. He passed on dance safety tips in the same way any careful yoga teacher would do teaching a beginners class. And, he even suggested that he would look after us according to our age and stage in life. This OH&S approach was for the benefit of those in the class who were my age and older.

It’s said that, for the most part, teachers attract students who are in an age range from 10 years younger to 10 years older than themselves. (There are plenty of exceptions to this ‘rule’, of course.)

There’s a kind of design that I follow these days when I create my lesson plans. Mostly I’m teaching to a median age of 45, although I have one student who comes for a weekly private session who is 87. Occasionally, I get students as young as teen-age; I especially love it when I can turn the young’uns on to yoga.

Something I used to do is teach a menstruation sequence for women who came to my classes when they were in their periods. The rest of the class would follow the general plan of the class, and the menstruating women would be off on the side following their tailor-made sequence.

The beauty of doing the right sequence at the right time is that you will feel energised and uplifted at the finish of it. Women who were menstruating and had only reluctantly dragged themselves to a class would feel calm and soothed after their special practice. Menstrual symptoms such as cramps and irritability were likely to have vanished.

Near the finish of yesterday’s dance lesson, it seemed like I couldn’t possibly hold the pattern for one more dance in my head. But then we finished, and I felt light, happy and energised.

Now that I’ve reminded myself of the benefits of menstrual practice, as a bonus, I offer a simple practice here for those of you ‘fertile’ women out there. 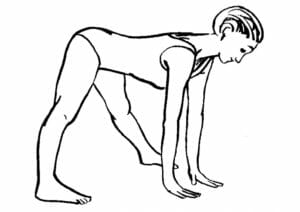 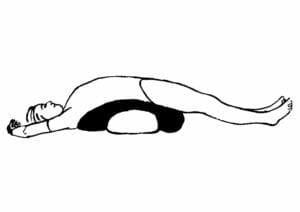 Back arch over 2 crossed bolsters 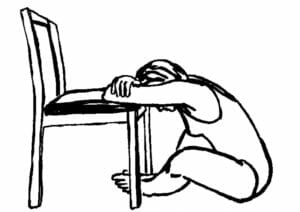 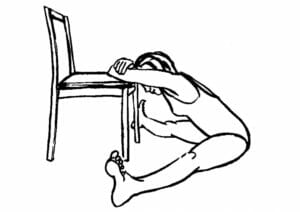