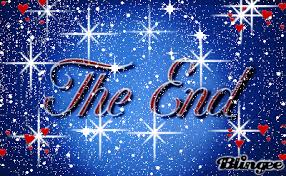 The End Always Sounds So Final

Here we are, just a couple of days from the end of 2014. For some of us, we might be saying, ‘Pshew…I’m so glad I got through that one!’ Others might be resisting the end, thinking, ‘I’m never going to have a year as good as this one.’ For most of us though, the year has more than likely been a mixture of victories and defeats, wins and losses, ups and downs.
Endings are a necessary part of life. I left Sydney five years ago to fulfil a long-held dream of living a quieter life in the country. The sadness of leaving friends and students, some of whom I had known for three decades, was mitigated by the excitement of a new adventure. However, I still ache at times for the physical proximity of old friends. SMS’s and Skype don’t really cut it in this domain.

Being close to nature as I am, I see the parade of seasons where each one gradually fades into the next. The yellow-tailed black cockatoos will soon arrive en masse but will start to disappear as the frangipani blossoms begin to brown and drop.

This month I ended my 7th decade with a great fanfare and now have launched into my 8th. More than endings being necessary, I see that they are inexorable. So, I might as well embrace them.
One of my ‘victories’ of 2014 is having completed two on-line courses this year. For one of them, I wrote an essay entitled, Yoga Can Prepare Us for Death. I made a case for the practice of Savasana – that it can be thought of a preparation for the ultimate ending, death.
Here’s some of what I wrote:

Savasana translates from Sanskrit as corpse pose. When I first heard this definition, I was put off by the image of a corpse and tried to block it from my mind. This illustrates how I considered talk of death depressing. As a newish yoga teacher, I would lead the students in my classes in the practice of savasana, but would not reveal the origins of the name.
Under the guise of protecting the students from a maudlin image, I was actually skirting my own fears about death.
Eventually, after practising savasana for some time, I arrived at a better understanding of what the image of a dead person might mean. Now, I see that it can represent the ultimate in letting go, releasing even one’s identity. Sometimes in savasana, I’ve experienced relaxing utterly and completely, almost to the extent of  ‘dying’ to all I am in my everyday life. Over and above letting our mundane concerns ‘die’, savasana teaches us to surrender. It lets us drop opinions, judgments and even our egos so that we can simply be.
I wouldn’t say that I’m dependably good at this skill of surrendering. I may need a lifetime of practice. Nevertheless, I’ve had experiences of peaceful states in which I am detached from fear and concern. Who knows? At the end stage of my life, the practice of savasana may even support me in my own passing.
Joseph Campbell, the American mythologist says that this egoless state is ‘where you don’t know what was in the newspapers this morning, you don’t know who your friends are, you don’t know what you owe anybody, you don’t know what anybody owes you. This is a place where you can simply experience and bring forth what you are….’*
I believe Campbell is describing what in yoga we sometimes call ‘essential being’.
Paradoxically, it could be said that the practice of savasana is the quintessential wake-up call. It teaches you the art of being present. In this sense, it allows you to experience life freshly. It offers a new beginning.

That’s the beauty of the end of 2014; it’s the reason we want to see it out in style.
The New Year is hot on its heels!
*Joseph Campbell, A Joseph Campbell Companion: Reflections on the Art of Living, Harper Collins, 1991.