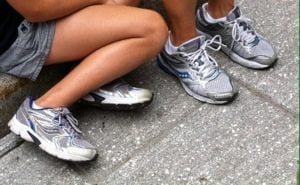 Since being on an extended overseas holiday, I’ve been contradicting Emerson’s opinion of the civilized person. Rather, I’ve been experiencing what author and philosophy professor Frederic Gros calls ‘a life scrubbed bare’ and an affirmation of the simple life: walking.
Certain cities of the world are made for walking. I’ve just spent three days in one of them, Old Quebec. What makes it so? I would say primarily it is because it is full of beautiful and interesting things to see. 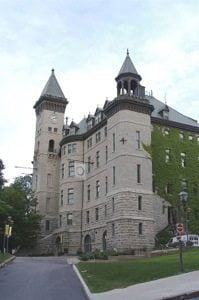 In this world heritage ville, Daniel and I marched up hills and down dales replete with buildings going back to the 1600’s. We extended our holiday in the Old City to insure we were able to see as much of it as possible – sometimes on our feet for five hours a day.
As part of visiting North America, I’ve been able to stroll through Golden Gate Park, hike through Lands End State Park and Mill Valley trails, promenade through inner city Ottawa, and walk the expanse of Jamaica Plain’s Arboretum (Boston).

For years my walking was restricted by pain and a limping gait caused by osteoarthritis. I now can celebrate having young hips again due to the miracle of two new prostheses.
Feet are important to yogis as well as travelers. To nurture my feet while on our extended travels , I’ve taken virasana ( hero pose) breaks, done viparita karani (legs up the wall – or legs up anything vertical), and got myself grounded through doing all the standing poses and adho mukha savasana (downward facing dog pose). 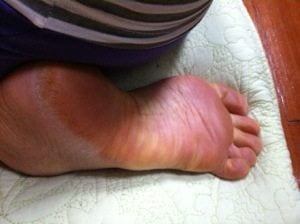 Walking at its best is a cultivation of presence – to yourself, to others, to the world. And isn’t that just like yoga?