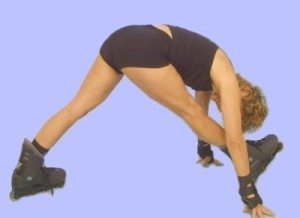 Is wanting a bad thing? Should we be without desires? If we covet something we don’t have, aren’t we incomplete in some way?
For many years, my greatest longing was for a perfect relationship with a perfect man. You must know how badly that turned out! When I was able to be with a partner (Daniel) and accept him the way he was, things went better.
When I took up yoga, I was drawn to something in it – I couldn’t have told you what. Nevertheless, I kept being pulled forward. Maybe I was acquisitive of advanced postures, renown, money…. Mostly I was seeking, looking for myself, I was lost but not admitting it.
Sri Swami Satchidananda says in The Yoga Sutras of Patanjali that desire won’t help you attain what you want. You’ll put in much effort up to a certain point, and then what will make the most difference is allowing all effort to fall away.
Here’s what the Swami says:

Until we reach this stage, there is no harm in having certain good wants [as in wanting to do well in yoga] to help us stay away from the so-called undesirable wants. Then, when you are able to eliminate the undesirable ones, it is easy to eliminate the good ones also.

At which point, you are finally free. No longer seeking, you can rest in your true nature.

And their clarity takes them to their only concern: to reach and remain in a state of freedom.*
*Patanjali’s Yogasutras, commentary and translation by T.K.V. Desikachar.