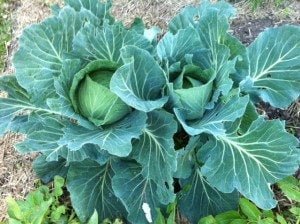 I’m a city girl, born and bred. But, I always dreamed about being able to grow my own foods in the country…one day.
I’m also a sort of a know-nothing about how to do this growing produce thing. Fortunately, I’ve had some pretty switched on people around me, notably Peter Nixon and my housemate Heather.
Peter has been trying to teach me to be a patient gardener, starting in a logical sequence with the all-important rich soil. He recommended we make our own soil through the no-dig method, easy-peasy, he seemed to say. The first battle was to get rid of the enemy – kikuyu grass. We covered it with a truckload of newspaper. It took 9 months to build our decorative garden beds from all sorts of organic matter, during which time I had to be painfully patient because I just wanted to plant, plant, plant.
No, said Peter, hold your horses! You have to plant with the right season, with canopies, with healthy stock, with nutrients. Get the stages right and the garden gods will smile.

With practice on the decorative gardens, it was easier to set up the vegie garden. Same process. Who would have thought that seeing a plethora of worms emerge from our beds could bring such joy?
I’m still not very good at the ‘tough love’ part of gardening – pruning back at the end of the season and pulling up vegetables that have volunteered to be in the part of the garden where they don’t belong.
But for now, I don’t have to worry about that sort of thing. It’s harvesting time from our winter planting, and the summer vegetables haven’t even come in yet.