What are you doing on tonight, Saturday night? Going out for dinner, dancing, partying, at home recovering from the week, watching one screen or another?
Obviously, I’m seated at my mac, writing a post. I imagine I hear you murmuring to yourself , my god, she needs a life.
I used to have the life of an oftentimes wilder version of myself. In my thirties, I lived in New York, worked as a flight attendant, and par-teed. I had four stewardess roommates and we were a living breathing commitment to having fun.
Ironically, this period was not long after I was introduced to yoga and I was trying to figure out how it fit into my very full life. Fortunately, yoga did insinuate its way in, and still is doing that.
In the old days, I wouldn’t have been caught dead staying at home on a Saturday night, nor would have I gotten up in the early morning hours to do yoga practice.
Have I changed? I think I’m more aware of what motivates me, more interested in when I’m running on automatic or being reactive. I guess you could say this represents one aspect of me watching another part.
In the past, I’m sure I was just running with the crowd, doing lots of adaptive behaviour, and pretty unconscious.
If I have actually evolved at all, I still can’t imagine being able to consistently catch myself thinking all the kinds of thoughts that arise in my mind.
It may be helpful for us to understand the five types of thinking that Patanjali identifies, and I intend to got into them more in this blog later. They are:

The mind or consciousness has to be divested of all its forms so that the consciousness remains nameless and formless, which is the ultimate aim of yoga.

I can’t conceive of what life would be like in that state, but I imagine it’s better than a night out on the town. 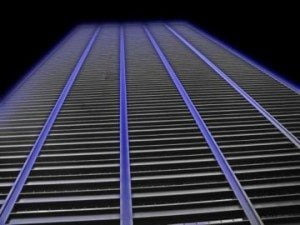