Do you ever worry about the amount of traffic on the Internet causing gridlock? Do you ever wonder if the colossal weight of our cyber communication will one day make our commuters implode?
These days I’m supposed to be worrying about “network neutrality supporters bringing down the Internet because there’s not enough backbone build-up”, but fortunately I can’t get my head around that one.
Such preoccupied thinking obviously points to someone who desperately needs yoga to still her mind.
Seriously, I wrote an article for Australian Yoga Life last year on the subject of community. In it I defined yoga community, described the benefits, suggested ways that we could “grow” our communities, and talked about social networking as a way that can facilitate yoga connections. I thought I was rather avant garde writing about social media in a public forum.
I’ve been having some fun with Facebook over the last week, “friending” some of the yogis I  met overseas and in Australia, going back up to 30 years. I acknowledge the peril I’m placing myself in each time I open up Facebook and later notice somehow an hour has slipped by. It’s like going for a bush walk in unknown territory without a compass.
Nevertheless, if all the subsets of yoga can link more easily and those who have different spins on yoga can understand each other better, that’s a great use of global communication.

In whatever way we choose to cultivate and participate in yoga community, it behooves us to always be mindful of what yoga stands for, that is, union. Ultimately we are all one. Building community helps us to let go of the idea of separation and lets us feel we are part of a larger whole. Fostering community acknowledges that we come from one divine source and are intrinsically inter-dependent. In these days of global financial insecurity and planetary climate concerns, the words of the great 20th-century guru, Paramahansa Yogananda, are timely: “Learn to live simply and by one common principle: looking out for one another’s good.” – Eve Grzybowski, Australian Yoga Life 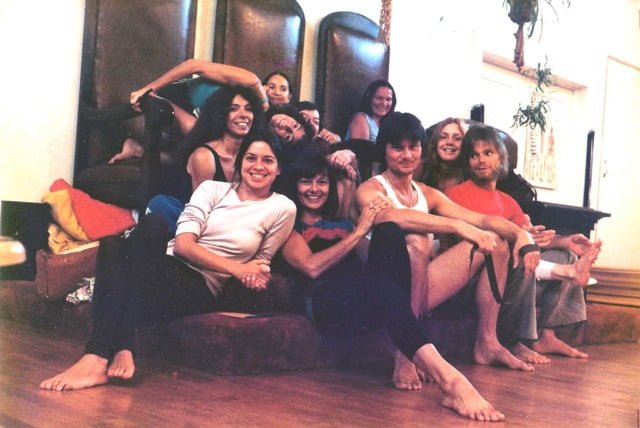