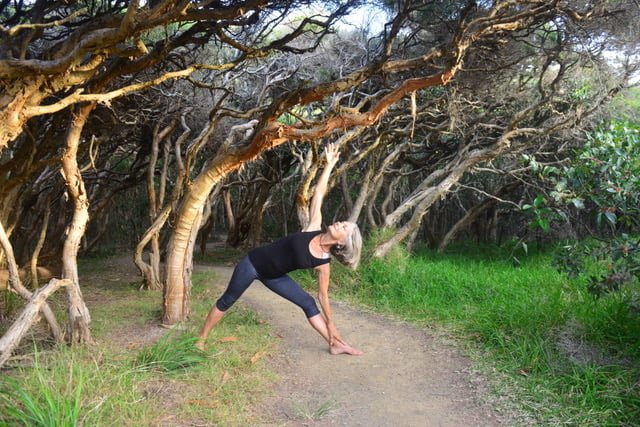 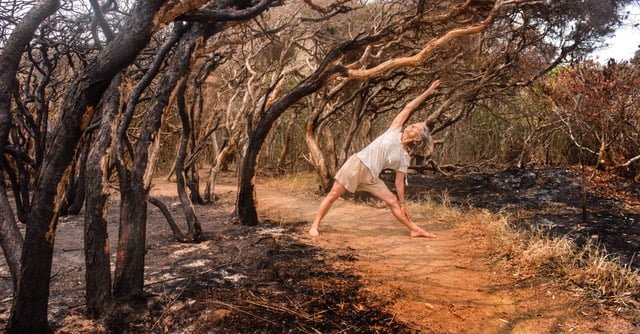 Since the fires burned through Saltwater National Park in early November, I’ve been making regular visits to the paperbark forest. Sometimes I’ve gone with photographer, Julie Slavin, who loves this beautiful coastal area as I do.

We’ve been looking for green signs of rebirth. They’ve been hard to find: tufts of grasses, epiphyte-like growths, occasional new leaves. The enormous heat generated by this fire seems to have nuclear-blasted the paperbarks and grass trees. Some are burnt-out trunks with branches intact, still standing. Others resemble resinated black statues.

Because of the suffering that these bushfires have caused Australians, it feels disrespectful to say that the aftermath at Saltwater appears tragically beautiful to me.

Yes, the array of various grasses were obliterated. And the ‘paper’ of the paperbarks has been turned to charcoal. Yet many of the trees still have their graceful, female shapes.

In Bellingen last week, I had a newly appreciative relationship with the trees of this lush valley township. Before our area’s bushfires, I don’t think I had much more than a nodding friendship with our local trees. But I found that on my walks around Bellingen, I was stopping to admire each of the big old trees. I felt grateful that these gnarled giants were still there for my enjoyment. I telegraphed blessings to them in the hope that they would remain healthy and whole. The Buddhists would say, May you be safe and protected from inner and outer harm. 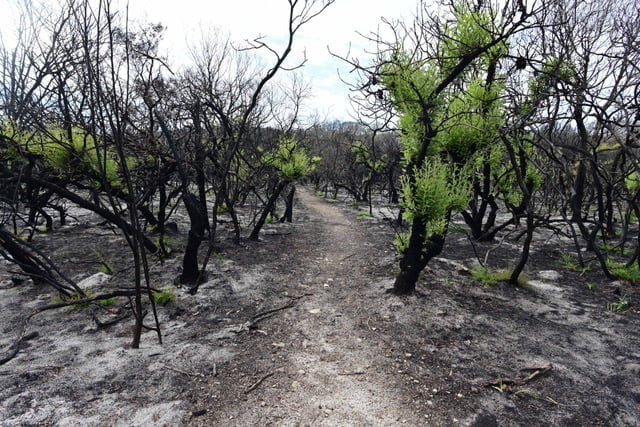 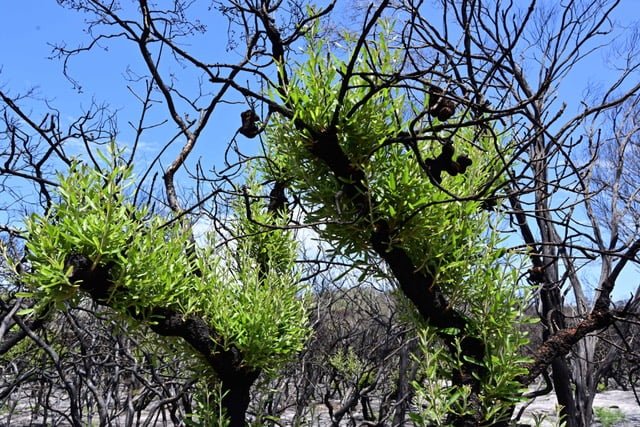 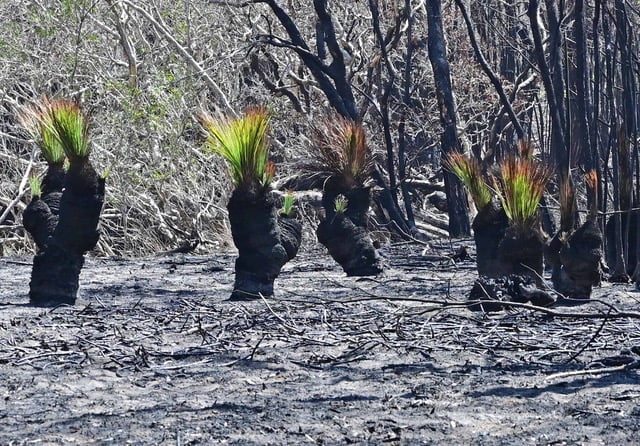 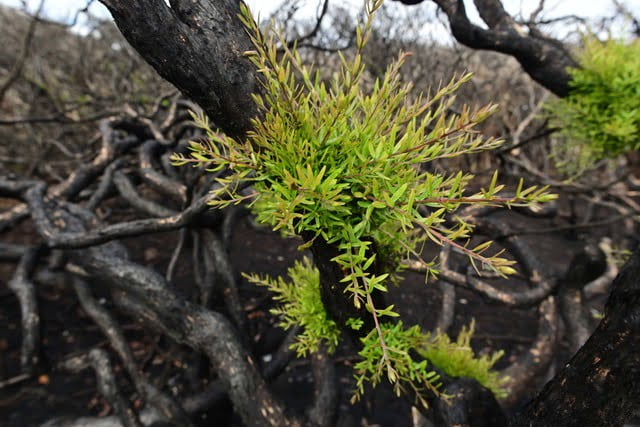 My hero, Greta, has said that planting trees is not enough to thwart the climate crisis. True enough. The latest research is clear: to avoid the worst climate impacts, global greenhouse gas emissions will have to reach net-zero around mid-century.

I’ve read about a relatively new strategy to replace the trees that have been destroyed: simply help nature run its course.

It is known as assisted natural regeneration. it is said to be ‘low-tech, high-yield, highly scalable, and cheaper than planting new saplings.’

It’s a strategy that’s being followed in Brazil’s Atlantic Forest. Two organisations, Conservation International and the International Institute of Sustainability, have committed to protecting and nurturing a part of the Amazon rainforest. They want to see whether it can rebound without interference. And they have already met with some success.

Our current Australian government hasn’t shown the political will to deal with the climate emergency. It would take scientists, indigenous people, bankers and corporations to show the way, inform policies and create financial incentives. Even better, a change of government.

In the meantime, the millions of hectares that have thus far burned will fight for regeneration. Life will survive, perhaps in unknown ways.

And maybe, as I have discovered, we will much more appreciative of what we still have. I’m trying to keep in perspective my climate concerns by tempering them, by observing the green shoots of hope where I can find them. 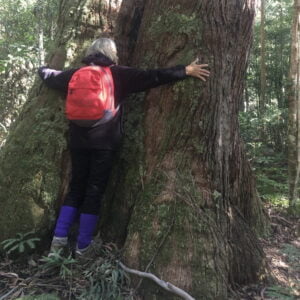