Australian Bushfires and the Climate Crisis 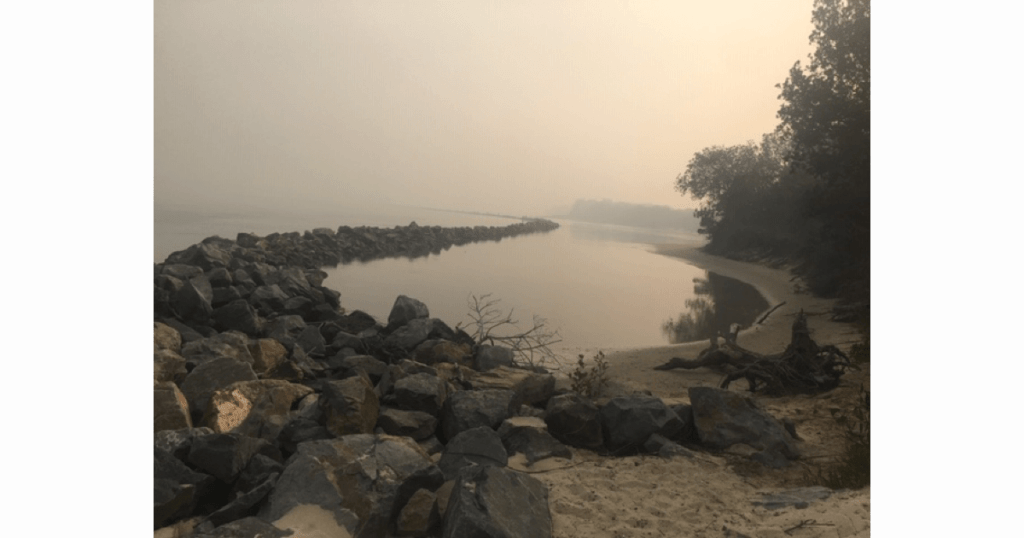 Bushfires: A week from hell

It’s not often that I am at a loss for words. But over the last week, I’ve felt unable to ‘put pen to paper’.

In retrospect, this is as it should be. The Australian bushfire losses we’ve experienced are too big and one’s feelings still so raw.

As I write this, we are still being ravished by bushfires. More than a million hectares have burned so far.

Yesterday was the first day I felt I could let out a prolonged sigh of relief. I’ve been wandering around my house trying to figure out what I should be doing, distracted, displaced. It seems clear now that our Mitchells Island home is not under threat.

But how do you know? Those dwelling at nearby Wallabi Point wouldn’t have thought in a million years they might lose their homes. Fortunately, due to the water bombing from intrepid firefighters, the beach residences were saved.

At the beginning of this year, I started thinking that we humans had crossed a line. That the expression ‘climate change’ was inadequate to describe what was happening on the planet, for instance the viciousness of wildfires.

There’s been a general shift in the reporting of climate events around the globe. More and more, we hear the expression ‘climate crisis’ or ‘climate emergency’. The Guardian Newspaper ‘style guide’ has recently revised its climate language vocabulary in this direction.

Our Australian bushfires reflect more than a temporary crisis or an emergency. In scope and destruction, they are indicative of Australia’s extreme vulnerability to global heating.

For a long time, Australia has worn the mantel of Earth’s driest inhabited continent. One of the reasons we have been able to sustain our populations at all is that the majority of us cling to coastal land. Even more so with the influx of ‘sea change migrants’. I’m one of them.

But the coastlines of Queensland and NSW have been under fire attack. People are in mourning for lost forests, lost properties and, saddest of all, lost lives. Too many us have been affected. Even those who have managed to get through unscathed feel guilty about being the ‘lucky’ ones.

If you think in a yogic way, that we are all one, no one is lucky in this scenario. To the degree others are suffering, you and I bear their pain, too.

Caring for each other and for the Earth

We will get through these Australian bushfires, and we will get through future crises…because of the generosity of our communities. Something has been triggered by our vulnerability, an obvious looking out for each other, our neighbours, our friends, our families. Crises can invite overt expressions of love. 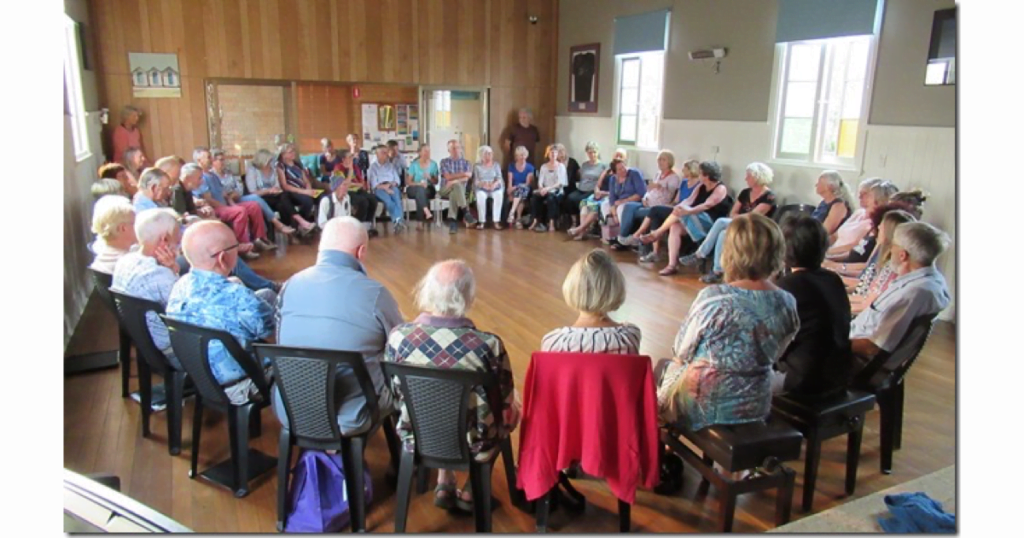 Our Wingsong Choir community in support of each other. – Photo by Lesley Bond.

So far, I have not known what my part is in this new order of climate emergency. It’s made a difference to update my vocabulary and to become more realistic about what is happening across the face of the Earth.

And, as a writer, I can write. At times I’ve felt that I’m too out there. As an almost 75-year old, shouldn’t I just be enjoying my retirement?

But, the fact seems obvious to me: that no one can afford to be retiring when it comes to ministering to the Planet.