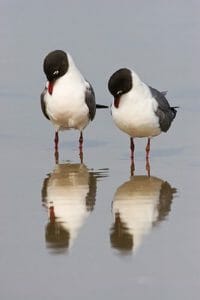 The other night I asked my dear husband, Daniel, to cast his eyes over my draft ‘Yoga Suits Her’ post. He gave me constructive feedback, but, sadly, I became upset when I heard it.

Daniel and I have been married nearly 25 years. That’s plenty of time for marital niceties to have faded just a little. Or, maybe to see there was no need to soften any feedback, especially when he knows I want to keep improving my writing. What he said was honest and incisive, but it just didn’t sit well with me. I didn’t realise I was so sensitive at the time. I had to go sit with myself afterwards (read sulk) and do some self-reflection.

I can go along in life for a while thinking that I’m evolving into a better person. But then, I get thrown a curve ball. It may be in the form of a disagreement with a friend or relative, for example. It’s often those people closest to me, and usually the ones I love the most, who will get to me.

The time-out I took for self-reflection eventually reduced my irritability, and so did my opening up and talking to Daniel.

There’s a yoga precept that is geared toward counteracting the kind of upset I experienced. In Sanskrit this precept is called svadhyaha – or self study. It’s designed to help us develop self-awareness.

Self study is described in Patanjali’s Yoga Sutra. One of my favourite commentators on this sutra, Australian Vyn Bailey, says that svadhyaya is not the study of oneself in a self-absorbed way. Rather, he says, it’s the study that you yourself get involved in. You do your homework, so to speak, by looking into the way you are relating to people and things in your life. If you are annoyed or ill-tempered, you bring those feelings home. See what happens out of sitting with the feelings instead of projecting them outwards.

It may be that those people who seem to get to us are merely holding up a mirror. They are testing us on how strongly we can stand in our unreactive selves. It’s the people who show up as irritants who may very well be our best teachers.

There’s a huge benefit for us in ‘doing our homework’. Ultimately this kind of careful reflection will throw light on the entire structure of one’s personality. It can lead to one of the main goals of yoga–the understanding of the self and one’s consciousness.

In the end, I took Daniel’s feedback and wrote a better post.