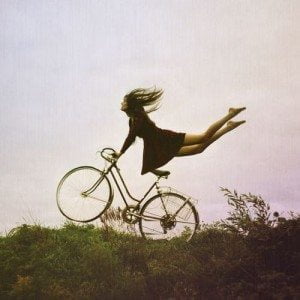 Yoga is elastic. It stretches to fit you now, and then, miraculously, it will give you a perfect fit in the future. All you have to do is jump on for the ride and stay on.
The best thing about yoga for me is the very way it is defined: union. And also that it so naturally cultivates community and connection.
Yesterday I had breakfast with three old students of mine. I don’t mean they are old. They are younger than I am. Actually, we’ve all grown older since we started on the yoga path. It just happens like that.
I don’t know if I was my three friends’ first yoga teacher, but I was an important one for them. One of them became a yoga teacher herself. All three are still practising yoga decades after I taught them, even though I’ve moved far away from them.
Yoga is the most amazing practice. I feel privileged to be a teacher and to have chosen a discipline that has given me juicy stuff to work with for most of my adult life. Meditation is a new frontier for me and it’s almost as though yoga saved the best for last.  Asanas keep me healthy inside and outside, breathing keeps me present, relaxation helps me be a nice person.
As I sat with my friends and former students, I felt satisfied. Something about yoga has touched them in the same way it has me. Now these yogis are all, to use an expression from Nietzsche, like wheels spinning from their own centres. More than likely they go through life turning on others to yoga.
Earlier I wrote that these three were my old students which is only partially accurate. The truth is that no student belongs to any one teacher. I still feel great affection for my teachers but there comes a point when it’s a good thing to part ways. To go off and test the efficacy of yoga in your life. Let it spill over into the off-the-mat times. Find new teachers and styles. And, ultimately, to echo Nietzsche again, let your yoga be fresh, new, a game, “a holy yea”. This is when you become your own teacher.

Aye, for the game of creating, my brethren, there is needed a holy Yea unto life: its own will…. – Frederick Nietzsche, “Three Metamorphoses”