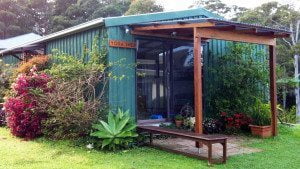 This week I dropped my Monday night class from my timetable of teaching at The Yoga Shed. I thought long and hard about stopping a class I’d been teaching for 4 years on Mitchells Island. I can scarcely believe that I’ve taught in a Monday night time slot going back to the mid-eighties.
I began teaching this class during a dark, cold winter when there was only one other regular student besides my loyal husband. Then, I taught it through the following summer season when the number of students attending became more plentiful.
But recently, for whatever reason, I’ve had two and three participants on the Monday night. These have been faithful students – not even so much to me – but to yoga and their own practice.
I feel bad about cancelling the class. A while back, in a YogaAnywhere post for beginning teachers, I wrote:

When you get down to it, it isn’t a bad thing at all to have small class numbers. Teaching to a few students gives time to get to know them. The new teacher can develop more depth with a handful of students rather than spreading herself too thin with a large group.
Almost all senior teachers have started out teaching small classes. It takes time but they will develop a committed core group. These students will become the foundation on which to build whatever the teacher wants to create. Eventually, there will be workshops to teach, retreats, and maybe one day even a teacher training.

Eek! Be careful. Words can come back to bite you!
My post assumes that a yoga teacher will be expanding her successful enterprises well into the future. She’ll have more students, higher levels of teaching, and one-day a world-wide audience. This notion brings to mind the Robert Browning line: “Man’s reach should exceed his grasp”. I wonder, though, if this good yoga practice?
I can’t say I know the answer to that question. At the time I may have been somewhat facile in offering the above advice.
In any case, the issue I’ve been pondering is more profound than letting go of a class. I’ve been thinking in more general terms about the process of releasing attachments. Any attachments.
A dear friend whose husband went into a nursing home last week has been dealing with his slow slide into advanced Alzheimer’s. I can see that she’s had to let go, and then let go some more, and keep on letting go of the person she fell in love with 20 years ago. He was then a vibrant, intelligent and charming man. Now, he’s the same Being but unable to communicate for the most part and immobile.
I’m not saying that I can weigh the loss of one little yoga class against the loss of a soul mate. But, it may be that each surrender of a small attachment is training for the big stuff that life serves up for us. There are the losses of possessions in a house fire, loss of meaningful work with a retrenchment, and loss of hearing and vision in the process of ageing, for instance.
I think of all the students who have come through my yoga doors over nearly 35 years – thousands of them. My class attendances would be ridiculously huge if they had all hung around. There comes a time to let go and move on.
The poet Rainer Maria Rilke says it well:

We must strictly speaking, at every moment give each other up and let each other go and not hold each other back.