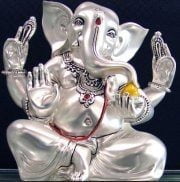 You must know that expression. It has a few spins on it: you’re only as good as your last sale; you’re only as good as your last performance; you’re only as good as your last game….
I watch my stats on “Yoga Suits Her” carefully to measure how popular my posts are, that is, how many views I get on a post. My mood lifts when I see numbers in the hundreds. My mood drops when I see my numbers down in the basement, as they were when I was away for several days recently and didn’t post.
I used to tell myself that I was just writing for the love of it and popularity wasn’t what was driving me, but I realise that’s not true.
Building up numbers that reflect my having a wide readership is a sort of game for me, and I’ve been working at it for 3-2/3’s years.
I want to be up front here – I consider it’s totally human nature to play numbers games. In high school, it wasn’t enough to have one boy interested in me; I wanted lots. As a yoga teacher, I was always concerned when my classes weren’t completely full – every mat space taken. In terms of earnings, I wanted to be making more money each year.
On the subject of yoga practice, I fretted when I had physical setbacks that meant I couldn’t keep improving the level of poses I was doing. This was partly because I wanted to make sure I was staying on a par with my colleagues. Even though I might not have seen their yoga practice, I imagined what I needed to be doing to better them.
In recent years, I think I have generally become less driven by popularity in terms of having vast numbers of students. Last night there were three locals in the class and three of members of my household. It’s so much easier to give individuals what they need when the class is small, and so much more satisfying.
It all boils down to: How is it possible to measure qualitative success when your only marker is a number? Being obsessed with the numbers can be a distraction. I know when I’ve done a fine piece of writing, just like I know when I’ve taught a great class or done a mindful yoga practice. I don’t have to look any further for that information than my heart.

Success is blocked by concentrating on it and planning for it….
Success is shy – it won’t come out while you’re watching.
~Tennessee Williams