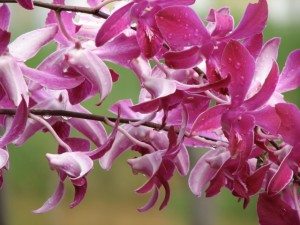 A friend of ours has been a carer for her ex-husband for most of this last year. He passed away last week from terminal cancer and now she is putting herself back together. I have much admiration for her in being there for him, no matter what, even though the bonds of marriage between them had been severed for many years.
I think it’s one of the greatest challenges life throws up for us – to sit calmly with someone who’s health is slowly ebbing away.
I’ve done this twice. The first time was with my yoga teacher who suffered from an inoperable brain tumour. And, the second time with my sister who had stage 4 lung cancer.
Nothing prepared me for these experiences. In both cases I was arrogant enough to think that if they did something differently, like tried exercise or had a more positive attitude or saw another specialist, they would beat their diseases.
Eventually, in both cases, I got to a place where I could sit with them without judgments, opinions or expectations. Something happens in that place. A space opens up to include the both of you – the one who is dying and you who will one day die. That sort of surrender creates a circle of love that is palpable and healing, not the least of yourself.
The death of a loved one can be tragic but it is also a great gift.
Sattvapurusanyatakhyatimatrasya sarvabhavadhisthatrtvam sarvjnatrtvam ca
When there is clear understanding of the difference between the Perceiver and the mind, all the various states of mind and what affects them become known. Then, the mind becomes a perfect instrument for the flawless perception of everything than need be known.*
*Patanjali’s Yogasutras, translation and commentary by T.K.V. Desikachar.