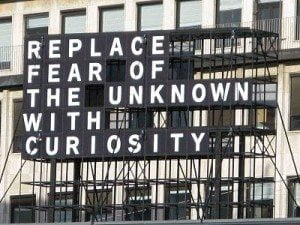 For part of my very early childhood years, my home was a dangerous place. Without going into details, there were often violent scenes. I learned a survival strategy which in psychological terms is called ‘hypervigilence’, and it carried over into my adult years.
I was adept at scanning my environment for perceived threats, whether they were sights, sounds, people, behaviours, or smells, and I would do this even when there was little likelihood of danger. You can imagine it would have been exhausting to be on high alert like this most of the time.
Ingrained habits like mine take years to unravel, and fortunately I have lived long enough to figure out some of my behaviours.
Practising yoga eventually relieved some of the mental and physical tension I carried. When I was more relaxed, I was calm enough to see situations and people more clearly. Therapy and workshops were useful for a time. I also learned a lot from observing other people who exhibited some of the same conduct as I. There’s a lot to be said for looking honestly in the mirror.
I still have the tendency to be watchful, but also I realise how easy it is to be inaccurate in what I observe, and how such vigilance will always end up separating me from other people and life.
There’s a simpler way to go about things, since we can’t necessarily understand people or read situations correctly. Ask questions, say what’s so for you, check things out when you’re not sure. Sometimes it feels awkward to do this because we often take much for granted in our communications. But I’ve learned it’s possible to create a safe environment for myself by not making assumptions and doing realty checks.

Safety is something that happens between your ears, not something you hold in your hands. – Jeff Cooper
Na ca tat-salambanam tasya-avisayi-bhutatvat

The origin of another’s thought is not grasped because it cannot be observed.*
*The Essence of Yoga – Reflections on the Sutras of Patanjali, Bernard Bouanchaud.