The Image of Yoga 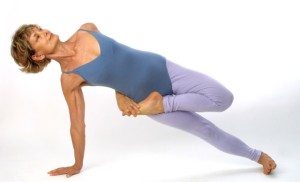 Recently I’ve become enamoured of a social media site called Pinterest. It does two things for me: 1) connects me with other lovers of images, and also (2) with lots of interesting, striking images. When I look at the Pinterest section devoted to yoga images, I see a majority of perfect bodies doing perfect poses. The practitioners’ postures are truly works of art. Why is it that we as an audience are not interested in anything less than the portrayal of perfect poses? We don’t often get to see normal people doing simple postures. 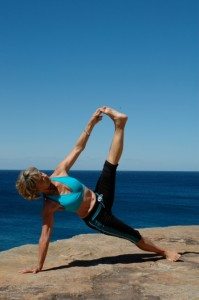 I heard a story about a group of students attending one of Donna Farhi’s New Zealand retreats who got together and created their own yoga calendar of poses – something perhaps to rival the American Yoga Journal calendar. It consisted of images of ordinary people doing restorative poses, and savasana, and maybe even eating chocolate. Apparently it was very amusing.

The above images are a progression of photos over 11 years, going from the period when my hips would still allow for full flexibility and external rotation, to a stiffer time of decreased mobility, and finally with “new” hips learning where boundaries of movement lay. When I was a beginner in yoga, I thought I would be continuously improving my postures and taking on increasingly more advances ones. A physical journey through life is a zigzag at best, sometimes a slippery slope, and often just a gradual decline. You make the best of youth-hood, rushing to get out of it; then there’s a peak, but you don’t know when, followed by all the rest. Finally, well…. 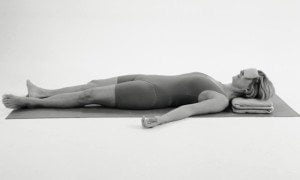