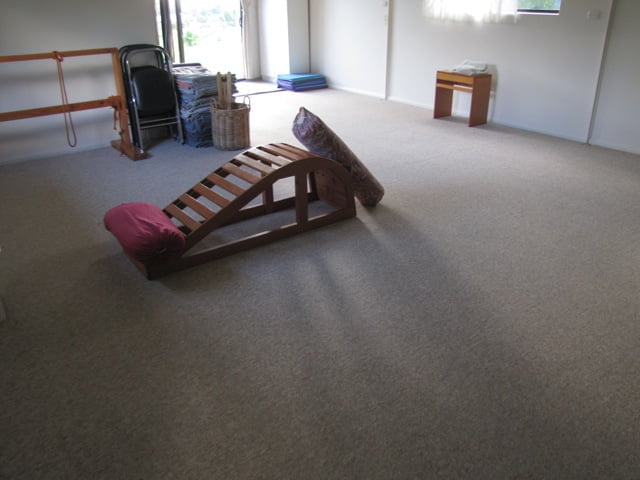 Today while cleaning out the Yoga Shed, I thought of Henry David Thoreau, the 19th century writer/philosopher, a man for all seasons who wrote “Walden”.
Walden Pond was part of an idyllic forest setting where Thoreau experimented with living simply and frugally for some years.
What made me think of him was the way Heather and I copied how he would clean his little cabin in the woods. On a fine day, he would take all of his furniture and furnishings out to give a completely clean broom to the interior. Which is what we did. We dusted, vacuumed, scrubbed, washed, and when it was all done reassembled everything newly.
There’s a part of yoga practice which is called Saucha in Sanskrit, a word which sort of translates as purity or cleanliness. I love the energetic lift that a space gets when you take care for it thoroughly and lovingly. There’s an inspiring quality; it’s attractive and makes you want to settle in.
Thinking about Thoreau again, there’s a quote that is attributed to him that seems timely, given the Labor Party’s debacle in the NSW election yesterday . Thoreau said, “That government is best which governs not at all.” The way I see it, though, that was exactly what Labor did, and for too many years. The shambles of the Labor party is going to need a big clean-out over the next weeks and months.