On the way home today from visiting Litchfield National Park, we hit a patch of the Stuart Highway where visibility had been wiped out because of smoke.
The firies were doing controlled burning of trees and shrubs next to the highway and then the wind came up. It got out of control quickly and when it did some cars and a bus going south collided in a six car pile-up.
We stopped, first of all because we couldn’t see well enough to drive, but also to help if needed. Some people were hurt but no fatalities, and an ambulance and the police were called.
Later, back in Darwin, we were told that Darwin area has only a very few ambulances. Remarkable for a town of 100,000.
It my be that the fire crew were negligent in setting the fires in dangerous conditions.
I felt so sorry for the victims of this crash. One minute they might have been happy tourists like us, the next moment, their holiday is behind them. 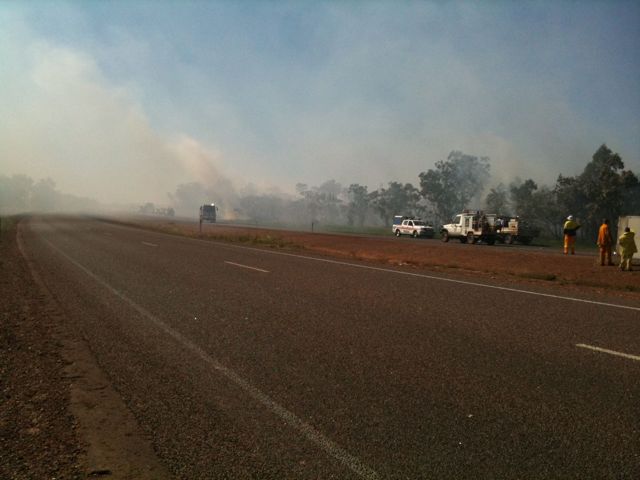