Unprecedented Tears for Our Burning Environment

Let me apologise. I admit that I’ve been irregular in my ‘Yoga Suits Her’ blogging. For some time, I’ve felt like I’ve been labouring under a kind of sadness and lassitude. It started earlier this year as I digested various alarming news stories about climate change.

Even now as write, I don’t know what words to use to describe my uneasy feelings about the climate. Maybe it’s because there’s just too much to say.

Earlier this year, the on-line Sydney Morning Herald would run one or two stories on climate change. Now, and especially since Australia’s monstrously extensive bushfires, there are a half dozen or more each day.

In NSW, we’ve gotten in the habit of checking the phone app Fires Near Me to see how near danger might be to us. Or we might want to know why it’s so damn smokey, even though the fires are not nearby.

Early in November, Mitchells Island locals set up the Fire Survival Group on FB messenger. When the fires were as close as 10 km., we would advise on road closures and any emergency alerts. We remained vigilant and fortunately didn’t get the bushfires. But our friends in Old Bar and Wallabi did, and the forests of Saltwater and Khappinhat, too.

Wallabi Beach and Old Bar were fortunate to have aerial water bombing that saved homes and people’s lives. But what does survival mean? For some, maybe they will now have to deal with PTSD. I saw people walking around in a daze afterwards. Fire just isn’t supposed to threaten and nearly engulf peaceful beach villages.

I’ve been wondering if my languor is caused by ‘climate/bushfire grief’? Many of my friends and students have been fire-affected in profound ways. It’s hard not to feel the pain throughout our close community.

The tiny school of Bobin was burnt to the ground and homes and other buildings were lost. Some of my Wingsong Choir friends had to defend their properties in Bobin and Elands alone because RFS manpower and equipment were stretched too thin. These residents have no town water and now their tanks are empty and they will have to buy it in.

I attended a RFS fundraising recently for the Burrell Creek volunteer firefighters where they were honoured for their courage and tenacity. They spoke of their utter exhaustion and the sad fact that the fires are only contained, not out.

This last Thursday, we Wingsong Choir members honoured the Wingham ‘Wallaby Joe’ RFS with songs and dinner and gifts. These volunteers told about some of their harrowing experiences. Typically, most of this intrepid crew are in their seventies. They would like to retire but the younger generation has not been stepping forward.

I have close friends whose livelihood depends on cattle and agriculture. They have had to reduce their herds by half or more and have lost crops. These are not wealthy farmers, just hard-working, environmentally-aware people.

It’s hard to describe the current atmosphere. People around here have a tired and stunned demeanour, just when we’re supposed to be displaying Xmas cheer. We on the midcoast of NSW are not the only beleaguered ones. There are fires throughout NSW, Queensland, and in SA, WA, Victoria, and recently in Tasmania.

How many times have you heard or read the word ‘unprecedented’ used to describe this bushfire disaster? It is of course unprecedented because the bushfire conditions are linked to the deterioration of the environment caused by global heating.

I feel betrayed by our pathetic and out-of-touch government regarding the current climate emergency. But especially for its handling of the bushfires and the drought, which are obviously interconnected to the climate crisis.

If you got this far in this long post, thank you! As I see it, it’s not a time for total doom and gloom. Ironically, this dire situation we’re in (because it’s not over) is a foil for moments of joy. It seems more important and easier in a way to grab hold and want to hang on to those moments.

So, I hope you can enjoy convivial gatherings and happy company over your holiday break. May you recreate and restore and relax to whatever extent possible. 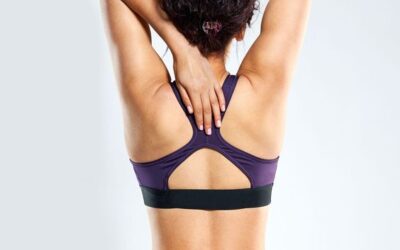 When There’s An Injury, Get Therapeutic Treatment

Why are people reluctant to see a medical or alternative health practitioner when they have a condition or injury that is getting in the way of everyday life?

I’ve run into two friends recently who are dragging their feet about getting treatment. They both have shoulder injuries. […]

END_OF_DOCUMENT_TOKEN_TO_BE_REPLACED 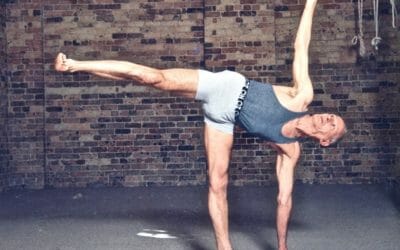