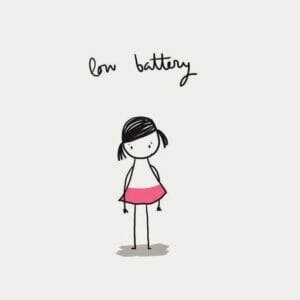 Who hates being exhausted? Me!

It’s not sexy to find oneself in a state of exhaustion. It could even be viewed as decidedly unattractive. Worse, exhaustion is often accompanied by low spirits, including a whole lot of resistance to feeling this way.

My dictionary defines exhaustion as extreme tiredness, great fatigue, weariness, and burnout. So, we’re not just talking about feeling a little tired after housecleaning or gardening.

Okay, I’m going to dob myself in. I’m not here only to write an exposition on exhaustion or to merely define it. I’m here to tell you that I am exhausted. There, I’ve said it!

What caused this unwelcome state to arrive on my doorstep? Well probably I was overdoing it just a smidgen–work, yoga, play.

But then yesterday, I phoned my sister in the U.S. and discovered that she was acutely ill. On hearing how poorly she was doing, I suddenly felt utterly helpless mainly because of the 12,000 kilometres distance between us. Even though my sister has grown kids who live nearby and can minister to her, I think she’s better at caring for them than vice versa. Also, she’s 81 years old.

This bad news about my sister tipped me over the exhaustion edge, but it was also the reminder I needed to have me take better care of myself.

A sequence for exhaustion

I don’t for a minute believe a yoga practice is a cure-all for weariness. It is, however, a step in the right direction, along with reviewing priorities, exercising the ‘no’ muscle, and seeking support for emotional upsets.

Shortly, I’ll be in the Yoga Shed doing the following sequence of five poses designed to help me revive. If you too happen to be suffering from exhaustion, see if it works for you. If you’re fit and energetic, excellent! But you might just want to bookmark it for a d-rainy day.