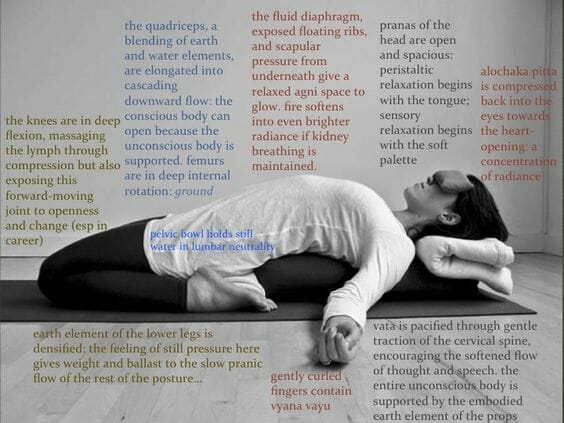 Supta Virasana: Your Stomach’s Friend
Supta Virasana, reclining Hero Pose, is just what I need today after experiencing the Big Xmas Lunch Indulgence. No doubt it will be followed by the Big Boxing Day Seafood Extravaganza. […]

Setu Bandha Sarvangasana: Low Back First Aid
I find Setu Bandha Sarvangasana an invaluable pose for the way it helps counteract low back compression. In my world, lower back ache is a result of gardening, long drives or sitting at my computer.
Part of why the pose is so good for my lower back and sacrum is because it stretches the abdomen, a part of my body that tenses when my back is tight. […] 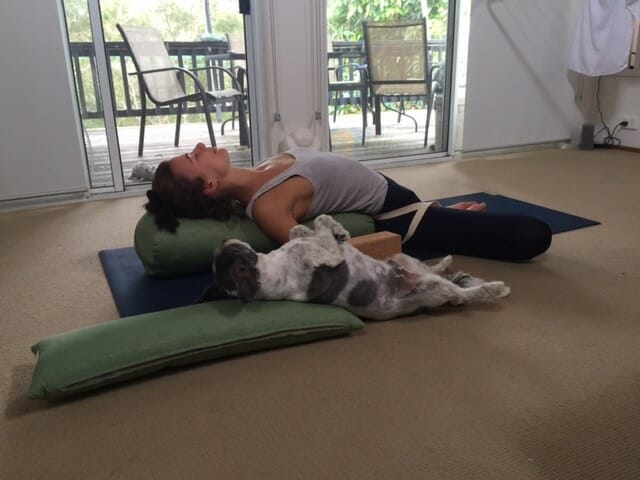 Supta Baddha Konasana: An All-Rounder
Years ago I did a 10-day Vipassana meditation retreat. The only yoga pose I did during the course was Supta Baddha Konasana. It helped balance many hours spent in sitting and walking meditation. When my meditation energy was flagging, Supta Baddha Konasana served to make me feel cradled and deeply nourished.
How to Do It
Props you will need: a bolster and a 3-fold blanket. The reason for using props is that you can let them do the work. […] 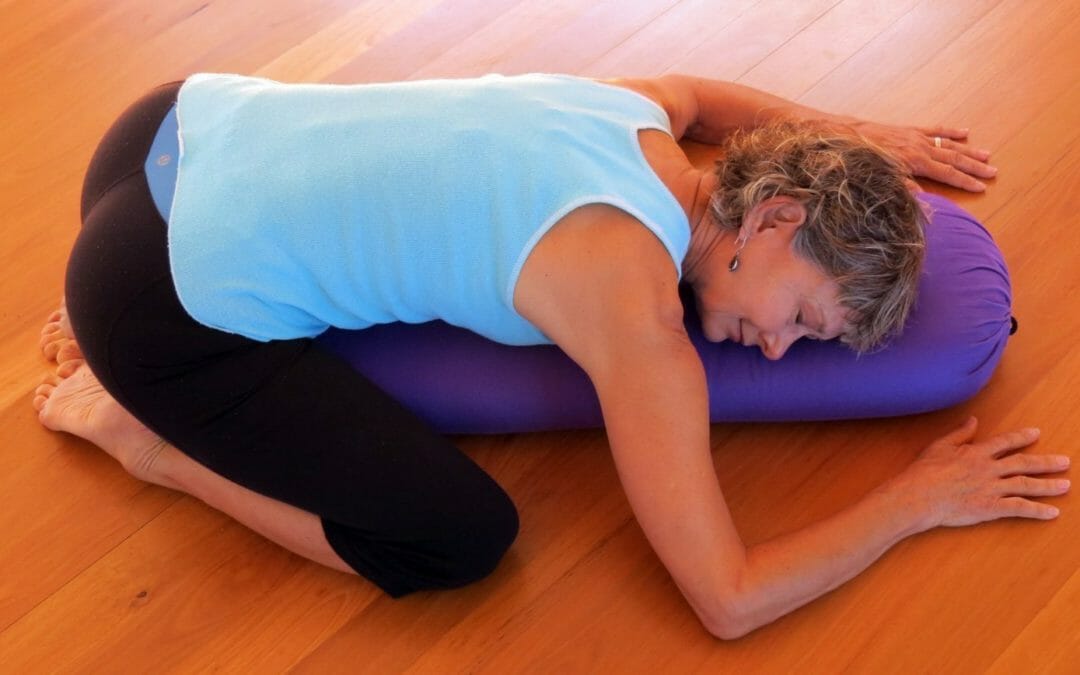 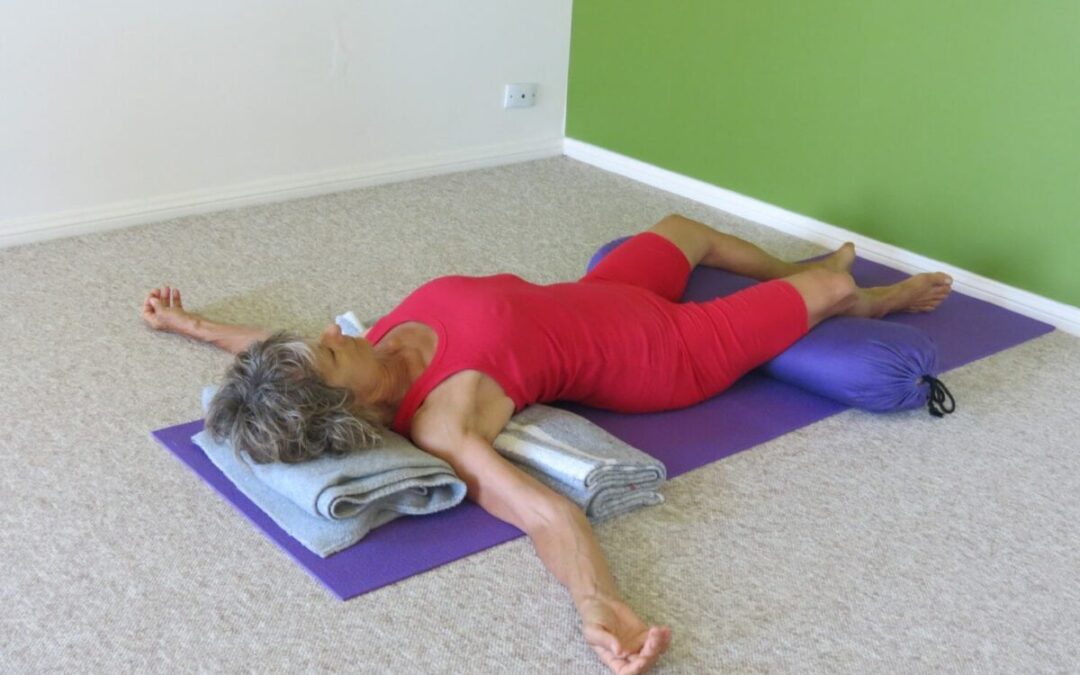 This restorative pose has a name like a flowing Tai Chi movement or a sweetly sedative acupuncture point. Actually, the name Mountain Brook Pose simply reflects the way a yoga practitioner’s body drapes over the soft props. Like water flowing over the stones in a mountain brook. 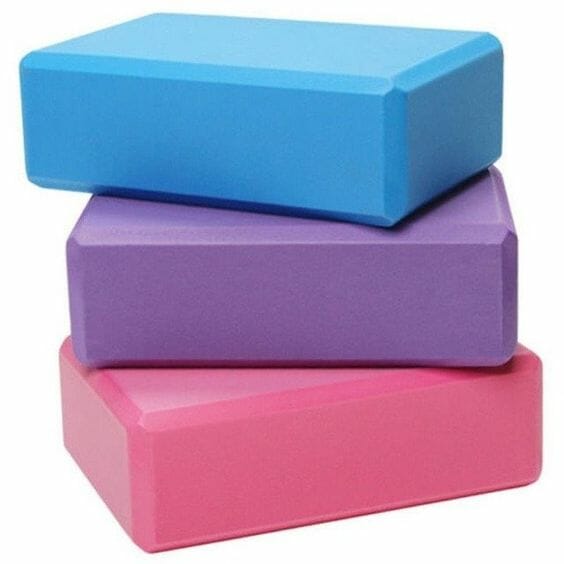 ‘Block-asana’ (block pose)
I learned this pose in the early 90’s from Iyengar yoga teacher, Alan Goode. Alan had me assisting him for a year in his yoga therapy classes in Newtown. Almost every student who came to do Alan’s remedial yoga programs did this block pose as their ‘arrival’ exercise.
To help me better understand the benefits of it, I incorporated block pose as part of my centring and warm-up practice routine. Apart from obvious benefits for quietening the mind and settling the body, block pose relieved my neck and upper back tension. […] 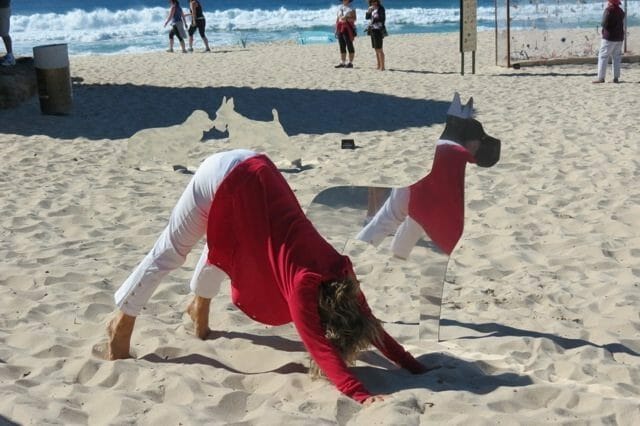 A Holiday Gift for You
In this busy lead-up to Christmas Day, it’s difficult to fit in a full-on yoga practice. Still, you know you need to do something for your body-mind. But what?
Over this holiday period, I’ve decided to ‘gift’ my readers some of my favourite lazy yoga poses. […] 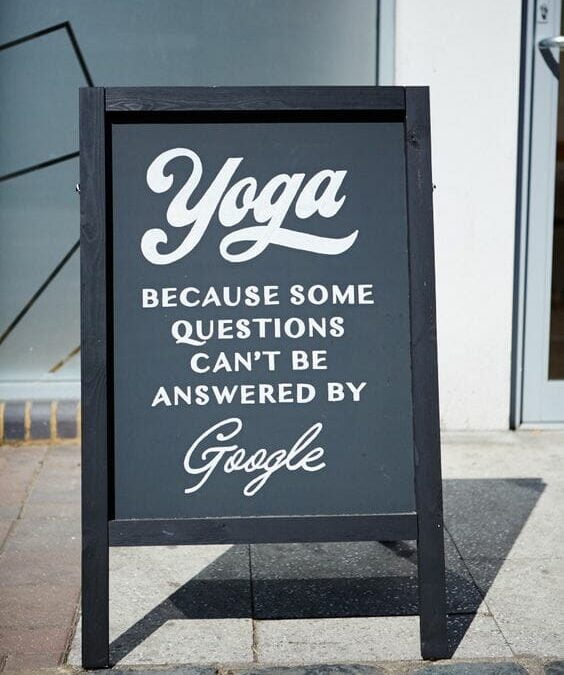 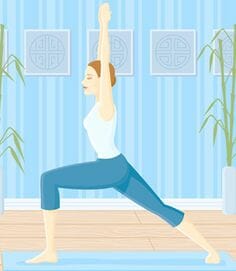 The Holidays are a Perfect Time for Home Yoga Practice

Consistency is the key to successful home yoga practice. It builds a habit, a neuronal pathway or a psychological groove. This momentum will carry you along even when your mind or life tries to pull you in other directions.
I know from experience that there are times when I’m tempted to break my routine. I’m human. But I’m always glad after the fact that I did my practice, not the least because I kept my commitment.
There’s an element of faith in the beginning. You’re hoping that you’ll feel as good at the end of your practice as you do at the end of your class sessions. But your faith in yoga practice will be validated. The more practice you do, the more effective your sessions become. 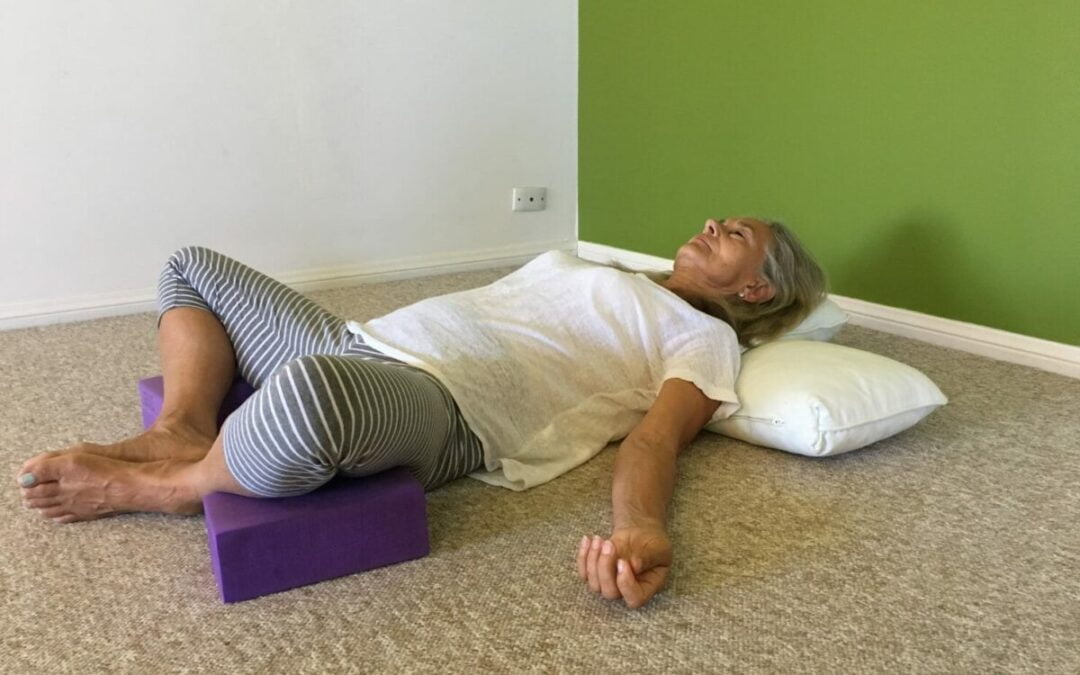 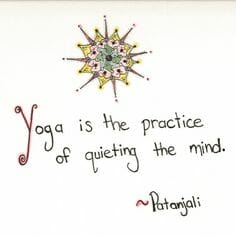 Back to the Source: A Plug for Patanjali

Patanjali as source
I wonder how many yoga teachers talk about the meaning of yoga in their classes. It’s taken me a long time to acknowledge the importance of doing this, and, to do it.
My reason for not communicating on this topic? Remarkably, I thought it wasn’t what people came for. They came for a workout, for relaxation, for community, but not for talking philosophy.
There’s another reason I’ve avoided talking about the meaning of yoga. I haven’t always understood it. It’s been a slippery edge for me. […] 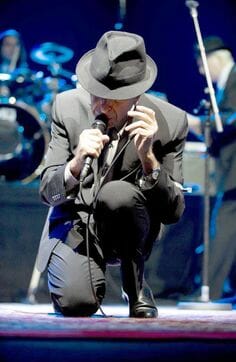