I Keep Asking Myself: What is Yoga? 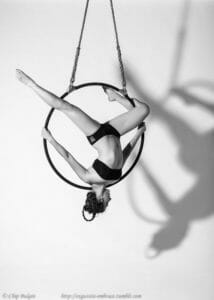 Every day of the week except Sundays I do a yoga practice in The Shed from 7:30-9 am. You can pretty well set your clock by me.

Lately, and in anticipation of a workshop I’m leading this next weekend, I’ve been mixing up the usual practices I do of a morning.

Instead of a strict physical practice which I love–standing poses, inversions, backbends, forward bends–I’ve been doing more meditation and pranayama. Truth be told, I’m being more flexible generally (no pun intended) about what I’m doing in yoga.

But back to the question that I’m wondering about–what is yoga?

Patanjali, the old sage, seems to say that yoga is both the practices that you do and a state of being. Are these meant to be consecutive happenings? I mean, after you do your poses, breathing and relaxation, is it then likely that you will be in a yogic state of being. Or, do the two alternate? Sometimes you are being yogic and other times you are just practising.

The other day, rather than placing myself on my mat at the usual 7:30 time, I spent a half hour in the garden discovering spring flowers and green shoots

. I felt I was being mindful of my environment and appreciative of Nature’sSpring gifts. Was this yoga?

I’ve heard people say that they don’t have time for a traditional yoga practice, but that they do subscribe to the Yama and Niyama, the yoga code of ethics. Is this yoga? Is it enough to ‘do no harm’, tell the truth, practice non-stealing, celibacy, non-greediness, and so on? Do those practices lead to a yogic state of being?

I don’t have an answer to the question I’ve raised. In the past, I’ve been more hidebound in my idea of what yoga is. At seventy years old, I’m feeling more confident about living in the question of what this ancient art and science is. Maybe at my advanced age it’s even a good thing to not know. I’ve learned from various teachers, practiced in different traditions and read countless texts–a yoga world carved out by the words of others. I suppose I’m asking myself, what is yoga to me?

Perhaps it’s time to spread my wings more and even flap them a bit.

I’m curious. Where are you in your yoga journey, as a teacher, as a student? I’d love to hear what yoga is for you at this time in your life.