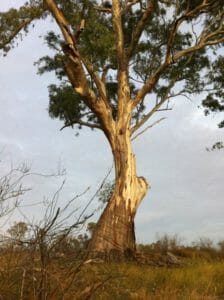 Why is it that we admire things from Nature that are tremendously old but that we have so little regard for aged people?

Recently a group of us plied the Murray River in South Australia on a houseboat.

As the sun set on our first night out, I stood on the upper deck awestruck by the millennia-old ochre cliffs, seemingly on fire. 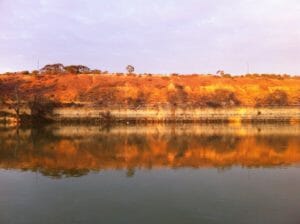 We moored and tied up to river red gums, some of which are hundreds of years old. 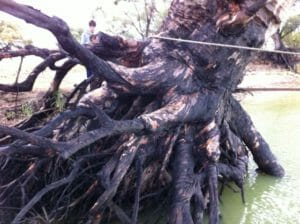 Walking on the dusty, parched floodplains of the Murray, I sensed why Australia is called the driest continent on earth.

My women’s group created a week-long houseboat holiday to celebrate one of our members, Shylie, on her 80th birthday.

I love hanging out with Shylie. She’s was a DYI person before Bunnings and Masters capitalised on the term. On Kangaroo Island where Shylie lives part time, she’s planted acres of olive trees and hand-built part of her cottage and a retaining wall, boulder by boulder. Formerly a farmer’s wife, she’s also been involved in politics and in personal development programs. Always practical, Shylie is deeply spiritual, much of her spirit informed by Nature.

I’ve been fortunate to be able to spend time with some old people who are filled up to their eyeballs with wisdom. A look from one of these will say more than a book. The thing about these wise people is that they won’t have much to say, little to advise and no need to fix. Why waste energy when there are roses to be smelled, home-grown fig jam to be made and sunny days to bask in?

On the last day and a half of our trip it rained. The steady, gentle precipitation felt like a miracle and a blessing.

This relatively small amount of precipitation caused a bloom of pale green to appear over the grassy plains. The atmosphere was soft and ozone soaked – nurturing.

All during our journey, I had a song called Sing You thrumming in my head. Even though one of the lines of this song says that the Murray River is down and dying, I had a different experience of this ancient river system. She is immense – 3750 km long – and old enough to be woven into Aboriginal mythology. I feel hopeful that we will take care of her and that she’ll be around for a long time to come.

‘I Will Sing You Up My Country’

Sing You was written by Australian choir director, Rachel Hore. If you would like to download the Wingsong rendition of this song, just right click on it.