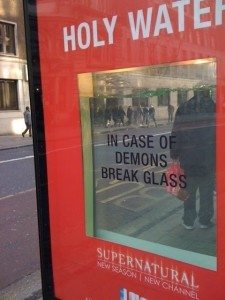 I caught myself eavesdropping on a compelling conversation at the hairdresser’s this afternoon. In short, a woman was talking about having held a séance at her home where a few supernatural events occurred. For one thing, the table at which the group sat moved across the room.
I think your ears would have perked up, too. These days, with the proximity of our phone cameras, skeptics can demand photo proof, and, in fact, this woman had taken a pic of the displaced table. However, a movie would have been more conclusive.
What followed the séance story was fascinating to me. Of the four people in the salon besides myself, three had had paranormal experiences, and one was my hairdresser. I felt a little like a wallflower when he turned to me and asked if I believed in such phenomenon as ghosts, poltergeists, and clairvoyance.
You don’t want to put the person who holds the key to your good looks offside, so I was as diplomatic as I could be. I said that I was skeptical because I’d never had a psychic experience, but nevertheless, I do try to be open-minded.
I admit, immersed as I was in these stories for an hour or so, I would periodically get goose bumps. Do you remember that wonderful fascination and horror you experienced when you were a girl or boy scout, camping out and telling ghost stories around the fire?
I love the tales of yoga figures like Paramahansa Yogananda who possessed extraordinary faculties called siddhis. And, I enjoy movies and t.v., like True Blood which feature “supes” of all kinds.
When I left the salon with my new cut and colour, I was in a kind of mystical mood that I was in no hurry to shake off.
Here’s an earlier post on yoga and supernatural powers.