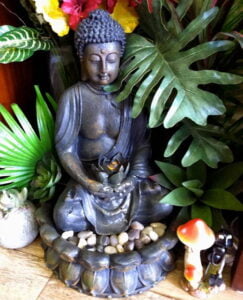 I saw a photo of B.K.S. Iyengar on Facebook yesterday, taken at the Yoga Institute in Pune, India. He was being celebrated on the occasion of Guru Poornima, the festival that gives disciples an opportunity to offer gratitude to their gurus.
The last time I saw Mr. Iyengar was in Bronte Park (Sydney) where he was being interviewed for a radio program back in the 90’s. He has always been a man of considerable force in the world which has earned him a nomination for The Greatest Indian award. Imagine!
The thing that struck me about the photo I saw was how small Mr. Iyengar looked. Granted he is shorter than me, so he is small in stature, but the photo seemed to show someone of very advanced age whose height has shrunk – hard to tell from just an image.
I read reports of Mr. Iyengar’s remarkable tour of China earlier this year, where he taught long hours and lectured cogently and inspirationally. His contribution evoked great affection from old students and from the new Chinese converts, too.
I’ve been spending some time with the elderly guru interpreting the old sage in Light on the Yoga Sutras of Patanjali. In dedicating his book, Mr. Iyengar calls Lord Patanjali “my Invisible, First and Foremost Guru”.
Here’s what Mr. Iyengar has to say about Sutra I-46:

The states of samadhi described in the previous sutras are dependent upon a support or seed, and are termed sabija.
“Like the petals of the lotus, which unfold as the sun rises, and close as it sets, the petals of the brain retreat from the periphery to its source, its stem or bud, and all its functions cease.”