I’ve noticed that the practice of yoga can become addictive for some, especially those personalities who have that little bit of a tendency to get obsessive about things.
That would be me.
When I discovered Iyengar yoga in 1979, I would sometimes attend a couple of classes a day, would attend classes every day, except Sunday, and did a teacher training course only five months after my first class.
I learned a lot. There’s a narrow line between passion and obsession. I don’t know where I was along that line, but I’m still here loving yoga.
About 15 years ago, I took up writing regularly again, after having had that fine art lie fallow since my university days. I wrote “Teach Yourself Yoga”, then various articles, newsletters, “The Art of Adjusting”, and about 5 years ago became a web logger.
Since having been on the road in North America these few weeks, I realize that I’m finding it very difficult to keep up with my daily yoga practice and the routine blogging (I hate that expression; any other suggestions?) that connects me with so many friends/yogis.
I suppose this points to the fact that I am overly attached to these activities, and I need to be a little more dispassionate as a yogini.
I suppose.
What has surprised me greatly is the fact that I actually love Internet technology. I’m the opposite of an early adopter, and I’m generally rather retarded in the cyber/computer world, but I do think exploring it is fun.
So, here I am at a very early hour of the morning, blogging instead of yoga-ing, because I have found a temporary WiFi connection at our lodging in Vancouver – before heading off to Whistler, B.C., Canada shortly with dear friends & housemates Heather and Rick. 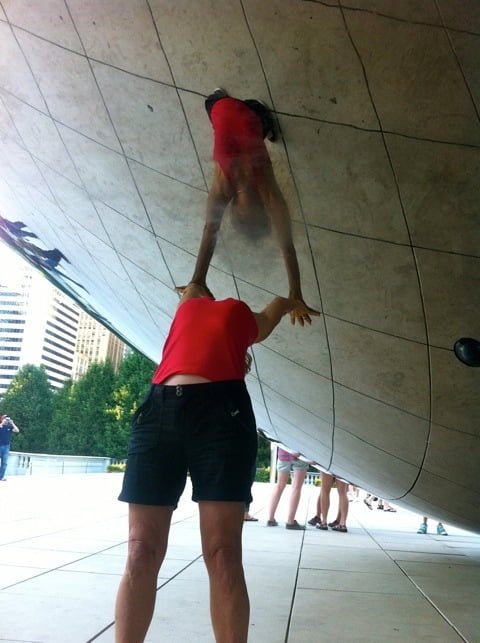