Yoga teachers sometimes veer from the straight and narrow (if in fact they have been on it) and I admit to having missed a day of practice. This is especially sad as I have been on the road, between Sydney and Mitchells Island. I’ll pun and say that the road certainly takes its toll on one’s body.
On the other hand, by being stuck in the car for many kilometres, Daniel and I have been able to listen to a good deal of an audiobook called Life by Keith Richards. I didn’t think I would like the book so much because I’ve never been a big fan of The Rolling Stones. However, I’ve changed my mind, thanks to ole Keith. He has introduced me to musical distinctions about blues, country, rock and jazz, and especially about guitar playing.
In his autobiography, as you would expect, he does describe nuances of drug taking gained from many years of experimentation and, quite likely, abuse. On this subject, I’m worse than a greenhorn. But as a result of listening to Life, I’ve come to see Keith more as a musical virtuoso, and as a profound and soulful person.
So, if I may, 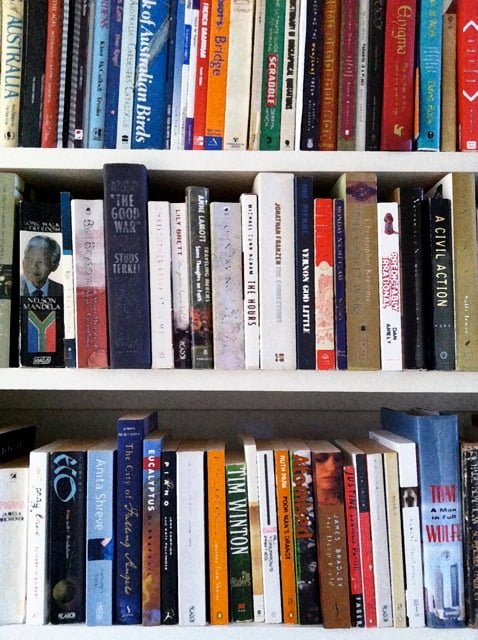 I recommend the book to you, even better the audiobook.
Here’s an excerpt of the old master talking about his experience of songwriting:
What is it that makes you want to write songs? To stretch yourself into other people’s hearts? You want to plant yourself there or at least get a resonance where other people become a bigger instrument than the one you are playing. It becomes almost an obsession to touch other people, to write a song that is remembered and taken to heart. It’s a connection, a touching of bases, a thread that runs through all of us – a stab to the heart. Sometimes I think songwriting is about tightening the heart strings as much as possible without bringing on a heart attack.