Tough love is an expression that goes back to the late 60’s, that was used for someone who would treat another person harshly or sternly with the intent to help them in the long run.
My friend Peter who is visiting us on Mitchells Island at the moment has been using the phrase to describe a gardening technique that involves severe plant culling.
I’m not very good at getting rid of plants that seem to me to still have some life in them. They might look bedraggled, had the cold temperatures squeezing their bronchial tubes, suffered foot rot from the recent flooding, but, given my druthers, I still would rather hang onto them.
So this afternoon, armed with secateurs, clippers, hoes, rakes and wheel barrow, Peter led our attack on the garden. There were a couple of hours of frenetic, “harsh” treatment that went into the work. I’m blown away by how much better the garden looks after removing the “dead wood”, at once starker and more spacious.
Tough love is applied by parents with wayward kids, in families where there is someone with addictive behavior, and by people who need to train a new puppy. Sometimes its used even by yoga teachers. At times I’ve felt it necessary to level with students when they aren’t giving their practice their best effort or the reverse, when they are being competitive or pushy in their approach.
The good thing about leveling with someone else is that, if you are really honest, you’ll end up facing your own weaknesses too. 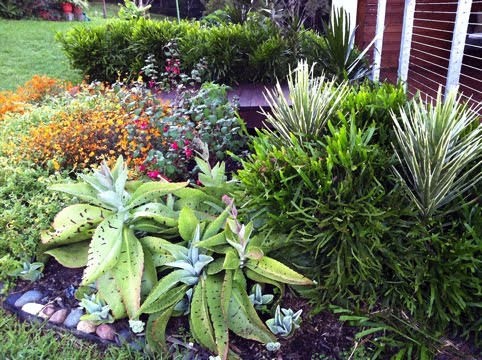