Mitchells Island, where I live, is tucked right into Nature’s lap. Because of the island being set down between the ocean, the Manning River and big old Scotts Creek, it’s both blessed and cursed. The floods two weeks ago wreaked havoc locally, not the least with the potholes left behind – big enough to drive your car into their jaws.
The lovely birds of our forests were enlivened and emboldened by sunny, warm days that followed the deluge, and on the hunt for food. King parrots, eastern rosellas, brown cuckoo doves, yellow-tailed black cockatoos, and more.
We dried out and then yesterday 20 mm of “showers”, bam, enough to make me twitchy. This will be the wettest June I’ve seen.
Down at Manning Point, on my beach walk today, the oyster catchers were cruising the edge of the surf. I’ve never seen them with an oyster, though. A magnificent sea eagle was going up and down thermals without having to ruffle his feathers. Out to sea, there were curtains of rain, alternating with curtains of sun, and in their midst, rainbows on the horizon, being reflected off the surface of the water.
After my walk, I felt like energised like the twittering birds, and so very privileged to be alive. 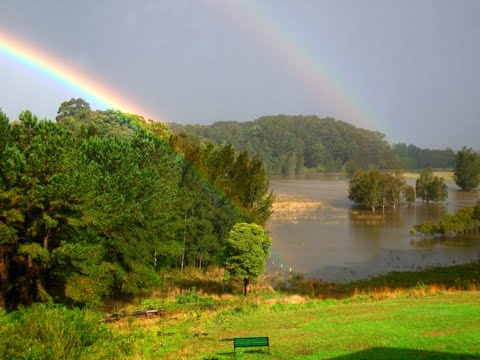