For Winter – Everybody Upside-Down

Some yogis love their inverted poses while others struggle with them or find them fear-inducing. Some wonder, “Why bother?”
I admit I’m biased. I’ve been doing headstand and shoulderstand for 35 years. But I’ve also never had whiplash, compressed cervical vertebrae, or even much neck stiffness. Missing out on doing the above poses does seem to lead to tension for me, though.
Any of the yoga poses which change the body’s relationship with gravity, like dog pose (adho mukha svanasana), the standing forward bend (uttanasana), plough (halasana), and including upside-down bridge (urdhva dhanurasana), will all have a beneficial effect on respiration. They help remove congestion and catarrh, such a problem as winter sets in. Inverted postures also strengthen the lungs, so important warding off the effects of colds and flues.
Interestingly, I’ve seen that a variation of shoulderstand called niralamba gives relief to sinus blockage from hay fever or just the sort of congestion that some people wake up into each day.
For those who have a great deal of difficulty with being up-side down, for whatever reason, legs-up-the-wall (viparita karani) can be a wonderfully effective posture. It’s good for the immune system, soothes the kidneys and lower back, and puts the metabolism back on an even keel.
Here are some of the ways that can be practised in viparita karani: 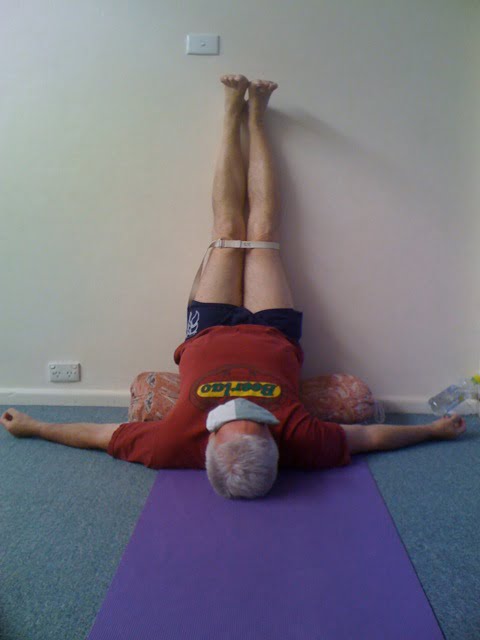 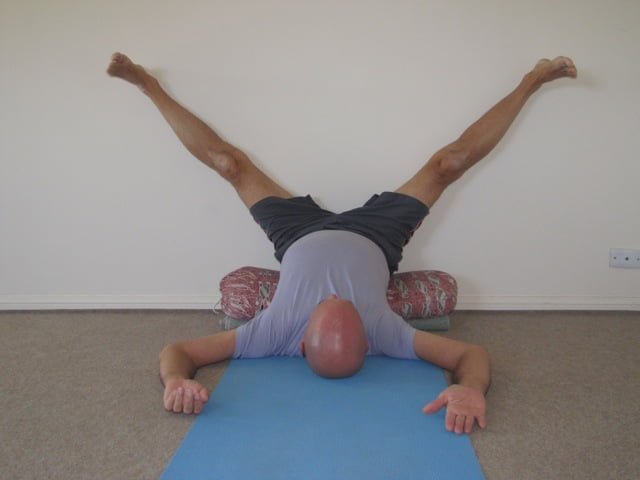 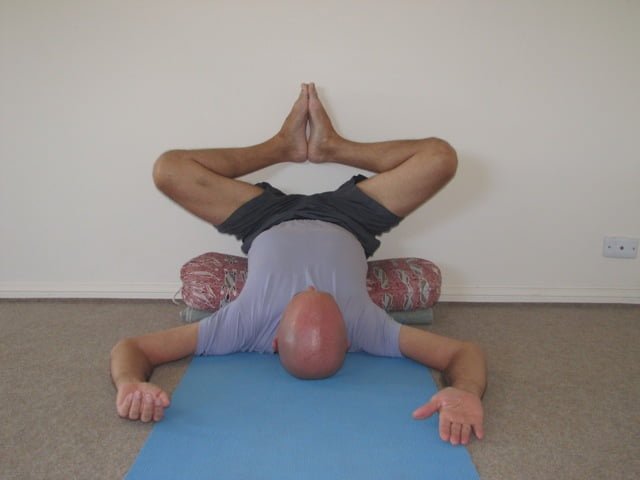 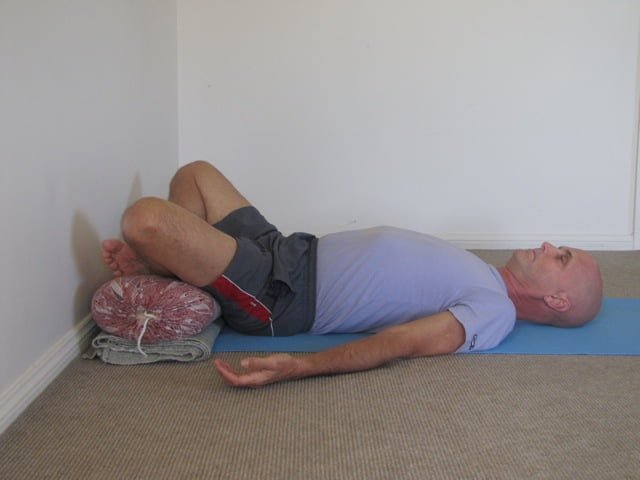