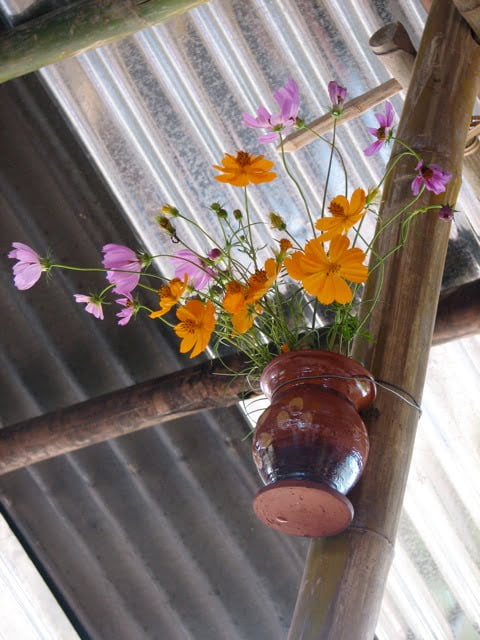 I can’t shake the images from the Japanese earthquake/tsunami. I was having a glass of wine tonight, watching the SBS news, and thinking, “Here, I’m so secure and comfortable, how is it possible that this has happened over there?” Countless Japanese have no heating now in the cold climate, worse still, no homes. They have little food and clean water, have lost loved ones, and are under the threat of radiation poisoning.
The natural disaster may soon have passed but the tragedy remains. Probably only a fraction of the bodies have been recovered, and many, many survivors will have been rocked by an acquaintance, a relative, a co-worker’s death.
Perhaps the result of a calamity of this scale is that it shakes people into the realisation they are not living separate existences.
I think, from what I’ve read, that the Japanese understand this. I came across the description of the Japanese character as stoically resilient and the community as a tightly woven fabric. Some of the expressions of this community spirit are shopkeepers without electricity giving away supplies and food; of those with diesel generators and adaptors charging people’s phones; of citizens giving away drinking water.
Last year I wrote an article for Australian Yoga Life Magazine on community and said:

Fostering community acknowledges that we come from one divine source and are intrinsically inter-dependent. In these days of global financial insecurity and planetary climate concerns, the words of the great 20th-century guru, Paramahansa Yogananda, are timely: “Learn to live simply and by one common principle: looking out for one another’s good.”

Maybe something can be salvaged from the rubble of Sendai, the debris of Christchurch and the mire of Brisbane. Maybe this is an opportunity to use the Japanese role model as a spring board  to create the mind set of global citizenry.