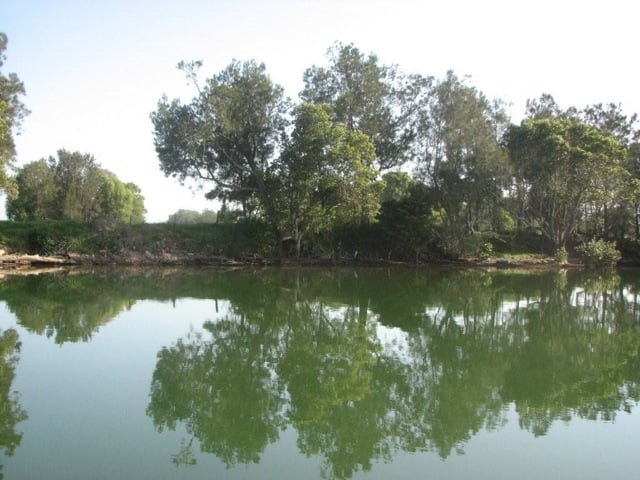 We’ve had a lively conversation around the dinner table tonight that was prompted by our viewing of a movie called “Gasland”. It’s a documentary that was made by American Josh Fox about the mining for natural gas occurring right across the U.S in recent years. It’s a little budget movie that’s made a big impact on environmentally-aware people and also the people who ended up with drilling going on in their backyards.
Some of these people are very unhappy about the results of drilling and gas production on their land. In one town in Pennsylvania, Josh filmed families who were able to light their tap water on fire and who also suffered from numerous health issues.
Why should the content of this film bother us over here on sleepy little Mitchells Island? We’ve been told that exploratory gas mining licenses have been purchased on a fair bit of farmland around Gloucester, about 45 min. drive from here. We’re in a area replete with so many exquisite waterways: creeks, rivers, lakes everywhere. If there’s any pollution problems upstream we’re stuffed downstream, on the beautiful Manning River.
One of the things that this sort of mining called “fracking” – hydraulic fracturing – does is produce water as a by-product that’s full of the chemicals that are used in the process that then need to be disposed of. In the U.S. this is done by an evaporative process which had me wondering where those chemicals go when they are in our air.
Another potential problem is the disturbance of layers of earth which contain radioactive minerals. I’m not sure what the result of those sorts of shifts will be.
Yogis know there is no such thing as “my backyard”. So do others, as shown in these words from a famous speech:

All life is interrelated. We are all caught in an inescapable network of mutuality, tied into a single garment of destiny. Whatever affects one directly, affects all indirectly. – Martin Luther King (1967)

If you want to read more check out this link.