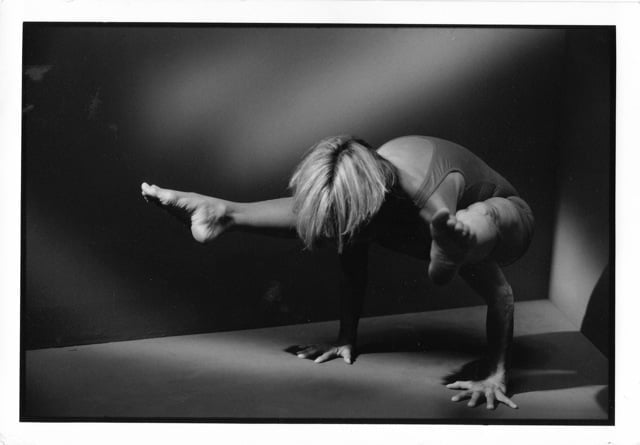 I don’t know the answer to that question, so I’ll leave it on the table for now. Hoping for some contribution from out there, or maybe a flash of insight while I’m typing.
I will say, though, that I felt a little uncomfortable at the Skeptics Conference on the weekend that I might be exposed as a person who says they have experienced nadis, chakras, marmas, siddhis, and other sorts of yogic intangibles, even though I haven’t. On the other hand, I probably feel somewhat uncomfortable that I have been a yoga practitioner for lo these many years and haven’t come any where near experiencing nadis, chakras, marmas, siddhis, and so on. Have I failed?
I just keep plugging away at my very two-feet-on-the-ground routine  of doing postures, yoga breathing exercises, some meditation, reading texts. (Well, I’m not always grounded – often my feet are in the air, and my head on the ground.)
Inherent in the way I practice yoga is that for something to be true for me I have to have experienced it. For about 18 years I periodically suffered from the effects of osteoarthritis in my hips. The painful symptoms were diminished by acupuncture treatments and doing yoga. I might start my yoga practice feeling as shattered as Humpty Dumpty and gradually, by doing a certain set of remedial poses, I’d put myself back together.
I’ve seen so many individuals benefit from yoga over the years: bad backs improve, anxiety is quelled, PMS is tamed, good posture is restored. There’s not much proof of these transformations, just mountains of anecdotes.
Subjective as that is, that’s enough for me for right now.