The Upside of Upside-Down

The scrutineer knocked off early and went fishing, hoping to catch some fish which would eventually become bloaters once cured with careful smoking. Unfortunately, not long after the fisherman dropped his killick, his little dinghy was scuppered by a passing ocean liner.*
Can you pick out the words from today’s Herald crossword puzzle?
Do you believe solving crosswords is aerobics for your brain? Can you merely grapple with the clues, even when you are ultimately defeated by them, and still ward off dementia? I know that my brain sure hurts when I wrestle unsuccessfully with cryptic cross word puzzles. I still try.
Yogis believe inverted poses thwart ageing because they improve blood flow to the heart, lungs, nerves and glands. Pixie Lillas from the Balmain Yoga Studio has written that “headstand increases memory and concentration with added blood flow to the brain.” I’m not sure there is scientific evidence for this claim, but I do know that my yoga students often report a greater sense of well-being from standing on one’s head. They feel happier.
Me too. Not the least because it took me so many years to befriend shoulder stand and halasana. I used to get a sharp pain in my back ribs after being in the poses for a few minutes. Nevertheless, I persisted. Now those poses are great friends and we look forward to meeting each day in the Yoga Shed. 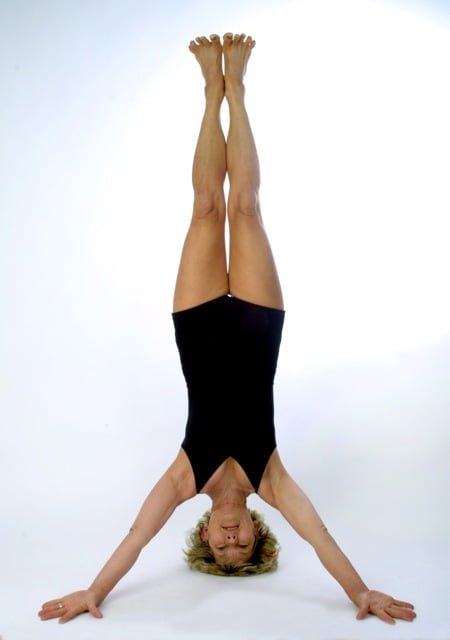